Having come into the match off the back of a four-game streak where they failed to win, leaving them perilously close to being dragged into a true relegation battle, a good start at Anfield was always going to be important if they had any hope of snapping that and picking up some valuable points.

However, things didn’t go well for Leeds United on the night, and they were behind inside the first 15 minutes when Mohamed Salah converted a penalty after Stuart Dallas had been penalised for handball, and once that goal went in, it all started to crumble for them as they eventually went into the break 3-0 down.

But before that, Leeds were still making problems for themselves, giving Liverpool plenty of opportunities to attack, with the Polish midfielder was guilty of doing so seconds before Liverpool’s penalty for opener, for which Wainman launched a furious tirade on his live stream of the game:

(12:42) “Klich man, that is lacklustre. It was great work by Raphinha, plays a lovely pass into Klich and he can’t even connect with it to pass the ball five yards. 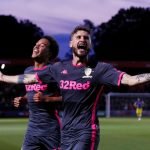 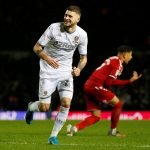 Given that Liverpool came into the game as the league’s top scorers, giving them the ball with such ease clearly isn’t the best strategy for a players like Klich to be undertaking.

The 31-year-old, who is valued at £3.6 million (as per Transfermarkt), is normally rather good when it comes to passing, completing 80% in the Premier League heading into the game (via WhoScored), but tonight just obviously wasn’t his night as he managed to lose possession a total of six times in the first half (via SofaScore).

Let’s just hope that it doesn’t become more of a routine between now and the end of the season, otherwise that relegation battle could be set to get tougher and tougher.

In other news: Exciting: Leeds fans will be purring as footage of loanee emerges