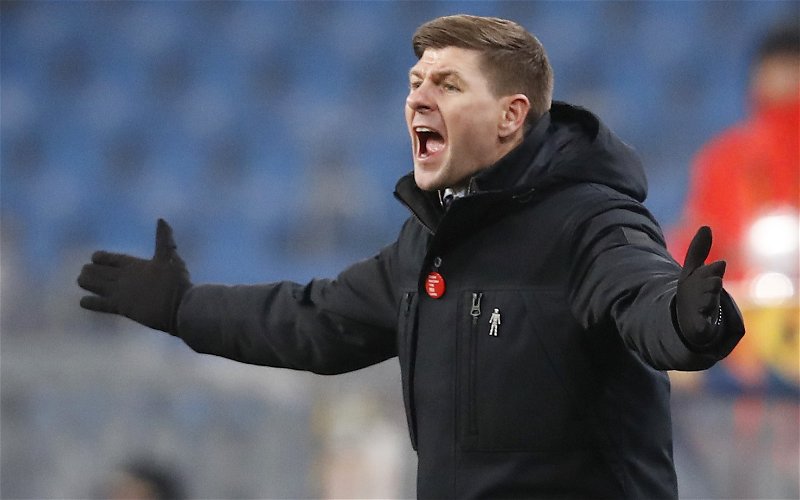 Aston Villa boss Steven Gerrard has bought in key players to Villa Park and isn’t scared to replace first-team regulars if they are underperforming.

Gerrard has already made several changes to Villa’s side since he replaced Dean Smith, and the players he brought in were those in areas that were already covered by the former Villa boss, while he appeared to make it clear that no one’s place in the squad was safe following their defeat last weekend.

Journalist Dean Jones told GiveMeSport that Gerrard’s approach is a ‘warning’ to everyone in the squad as their place in the first team is never safe.

He said: “Steven Gerrard is a manager that’s never going to be content with what he’s got. I think that’s a warning to every player in the squad that their place will never be safe. He already proved that with the signings he made because they were in areas that they didn’t need obvious strengthening and the spot they did, in defensive midfield, they didn’t.”

Gerrard signed Lucas Digne and former Liverpool teammate Philippe Coutinho, who both occupy areas of the pitch that they seemingly had covered; the consequence of Digne’s arrival was the departure of regular full-back Matt Targett to Newcastle.

This ruthless approach could well get the best out of his players, and the evidence is already there with Jacob Ramsey coming to life as a player and Coutinho revisiting his previous form.

However, Gerrard did not opt to use the funds to sign a much-needed central midfielder – a position that has been occupied by John McGinn who has been excellent, and where Douglas Luiz has struggled for form this campaign.

Villa have been searching for a partner for McGinn for a while now, and it arguably should have been top of the list in January, but Gerrard wanted to evidently keep competition high in other areas of the pitch instead.

With the Villans in mid-table, it’s difficult to tell whether this approach is paying off, but the next few months and years should tell us whether Gerrard’s decisions have been the right ones.