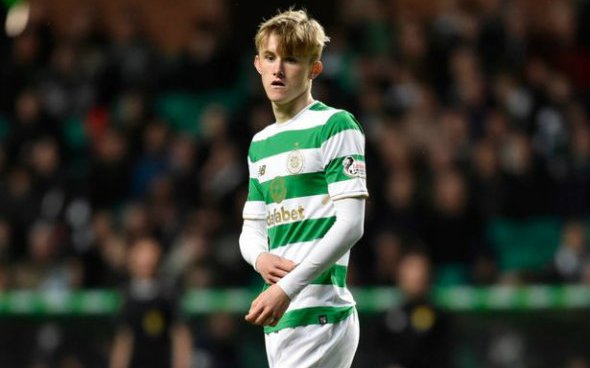 A large number of Celtic fans have flocked to Twitter to share their concerns over the latest transfer news coming out of Parkhead on Thursday.

It was announced youngster Ewan Henderson had joined Hibernian on an initial six-month loan. The move will be made permanent at the end of the campaign.

Was this a good move by Celtic? 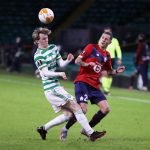 The 21-year-old is a product of the Celtic youth system but has spent a number of spells away from the club on various loans with Ross County and Dunfermline (via Transfermarkt).

However, the midfielder will not be returning to Celtic Park following the end of this loan with Hibernian, and these fans took to Twitter to share their thoughts on losing the 21-year-old permanently.

@FatDom67
“Hibs are getting a very good young player. Hopefully we have a buy back/sell on clause.”
@PtheT
“Quite a poor decision from the club”
@MatthewB67_
“Bit disappointed with this. Thought he was cracking young player.”
@G_b80
“My heart is broken.”
@LewisMills360
“Bonkers. Who thought this was a good idea?”
@BilboBaggins63
“when will the pain end :(“
@aidencsc

Despite the fans’ apparent frustrations with allowing Henderson to leave on a permanent basis, he was clearly not in the immediate plans of Ange Postecoglou.

Henderson had made just one appearance this season for the Bhoys, which came in a Europa League dead rubber. However, he did manage to find the back of the net in his 19-minute cameo.

And despite not playing a huge deal for Dunfermline last season, he did manage to provide four goal contributions over the course of his eight appearances.

In other news: ‘We’re buying the league’, ‘What’s going on at Celtic’ – Many Hoops fans rave over ‘tasty’ claim