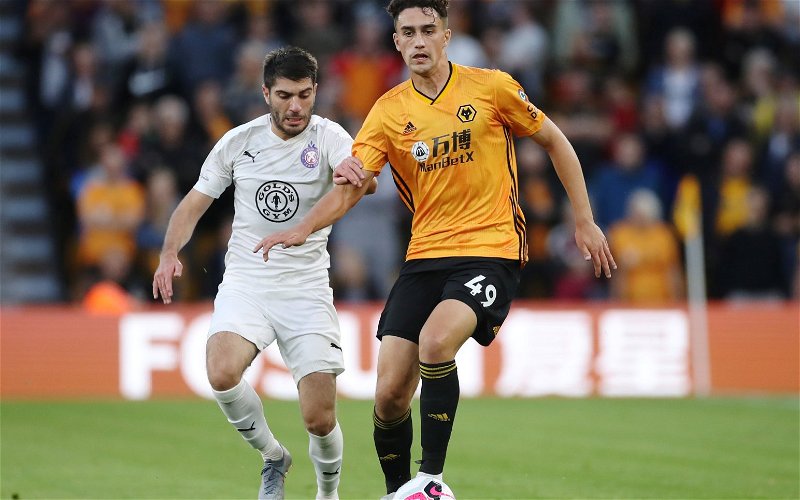 Joe Thomlinson has backed Wolves’ Max Kilman for an England call-up this year on the Football Daily YouTube channel.

Kilman was last year granted Ukrainian citizenship through his parents, but his desire to play for the national side was blocked by FIFA due to having already represented England at futsal – but that could now benefit him.

Should Kilman get an England call up? 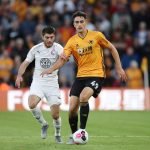 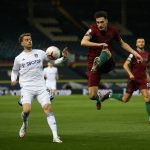 The centre-back has started every game in the league this season under Bruno Lage, and was reportedly close to an England call-up from Gareth Southgate last November, though it was not to be. However, with his ever-present record in the league compared to players such as John Stones and Tyrone Mings, who have been dropped and rotated this season, his first cap may not be too far away.

Thomlinson was excited by Kilman’s chances of getting a call-up this year.

“I think Max Kilman is definitely an upgrade on some of the players and centre-backs that have been included in the [England] squad over the last six months i.e. Tyrone Mings, who I think is now starting to find out that Steven Gerrard is willing to swap and change and potentially look for an upgrade there, so I think Max Kilman is nailed on to be in an England squad over the next year.”

With England expected to dominate the majority of games they play given their FIFA ranking and calibre of players they have, someone like Kilman could appeal to Southgate as he has experience playing in a back three, but is also seemingly comfortable on the ball having completed the fourth-most passes while also progressing the ball via dribbles the second-most in the Wolves squad (FBRef), thus highlighting his confidence on the ball.

Someone who went to Euro 2020 but did not feature at all was Kilman’s teammate Conor Coady and that may likely be someone that Kilman himself replaces if Southgate is wanting to bring through younger centre-backs.

In other news: ‘At the moment’ – Journalist drops interesting Hwang Hee-chan transfer claim at Wolves