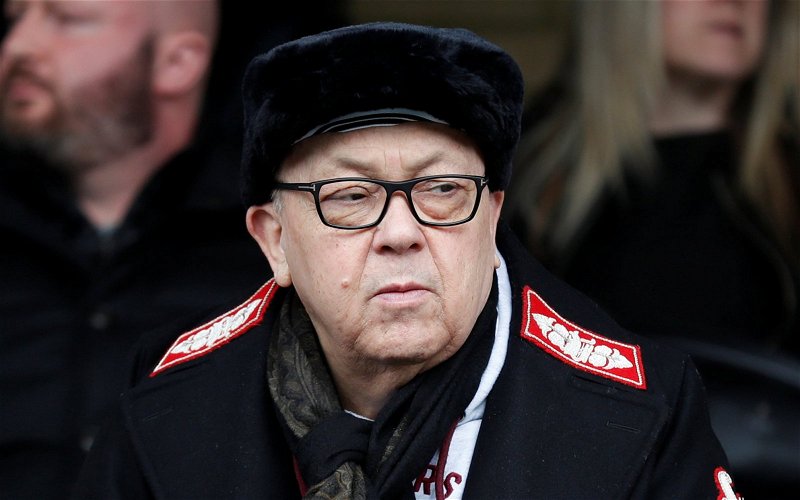 ExWHUemployee has claimed that West Ham United manager David Moyes doesn’t like to involve David Sullivan in any transfer plans until the latter stages of a deal.

With the winter transfer market now open, the rumour mill is full of new possible player arrivals and exits at every club across football. And, as ever, fans are desperately trying to work out who could potentially be arriving for their side in the near future.

Well, it now seems as if, much like the fans, West Ham co-chairman Sullivan is also kept in the dark over transfers – or at least in the early stages.

When discussing transfers on The West Ham Way podcast, Ex explained that Moyes prefers to only involve head of recruitment Rob Newman and relevant scouting staff when players are being targeted.

He added that this is because Sullivan is likely to reveal such interest to journalists before West Ham are necessarily ready to make a move.

Ex outlined his information, saying: “Now, he [Moyes] is, in the sense, keeping the transfers more to himself – in a sense that he’s only involving really Newman and him and scouts and stuff in those discussions before they actually go to Sullivan to make a bid.

“Because what he’s conscious of, is that before they’ve even finalised a player target, Sullivan will maybe speak to a journalist or speak to Sky or TalkSport and put things out there, and Moyes hasn’t even made his mind up on that player yet.”

With David Gold and Sullivan completing a takeover of West Ham all the way back in January 2010, almost a decade into their reign, the club are perhaps hitting their best form.

Last season, they finished 6th – their best-ever finish under the Sullivan and Gold era – while this term, they could better that. Indeed, the club are fifth in the Premier League at the moment.

It should certainly come as no surprise that Sullivan likes to talk transfers. After all, in the past, he admitted to ‘bullying’ former manager Manuel Pellegrini into signing Issa Diop and Lukasz Fabianski because he ‘liked’ the players.

With that in mind, perhaps it is best that Moyes does keep him out of the loop until the last possible moment.

In other news: Talks have already started’ – Ex claims duo ‘won’t play for West Ham’ with loan moves lined up