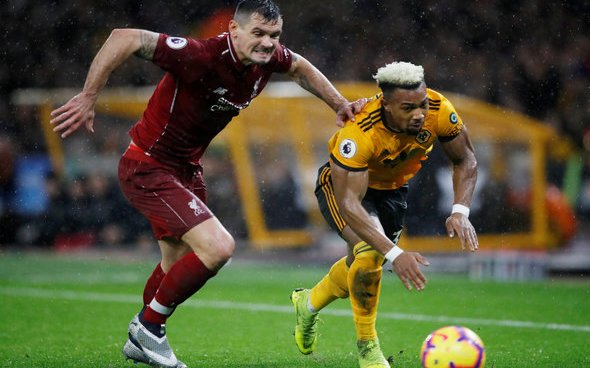 Already in the early stages of the January transfer market, the Wolves winger has been linked with a move to the Hammers.

Indeed, The Telegraph recently claimed that West Ham and Tottenham Hotspur were ‘weighing up’ a potential move for the Spanish international – though they claimed it would take at least £20m to force a sale.

However, while addressing the claim on The West Ham Way podcast, Ex stated that the player’s name is not currently on ‘Moyes’ wishlist’ and that only a loan deal could be possible – though even then, the player’s attitude could be a ‘problem’.

He said: “His wages are high. And so far, from talking to well-informed people that have seen Moyes’ wishlist, his name [Traore] hasn’t been on it.

“And if he was to suddenly appear, [it could be] as a loan signing, maybe – we haven’t fulfilled our domestic loans, it could be a gamble.

“We’ve also got to question his attitude. I’m not sure whether he’s the most liked person at the club that he’s at. That is going to be a problem for Moyes.”

Up to this point in the Premier League campaign, Traore has not had the most successful of seasons. Despite featuring 18 times in the league, he is yet to score or register an assist. On top of this, he has also been dropped to the bench in the club’s past two outings.

Perhaps one of the reasons for his lack of game time could be the apparent ‘attitude’ issues Ex refers to. If he really is not the ‘most liked person’ at Wolves, he could carry this negativity into the West Ham dressing room, too.

These will all be factors considered by Moyes before any move is made. At the moment, though, they do not seem to make a transfer, or even a loan, seem particularly likely this January.