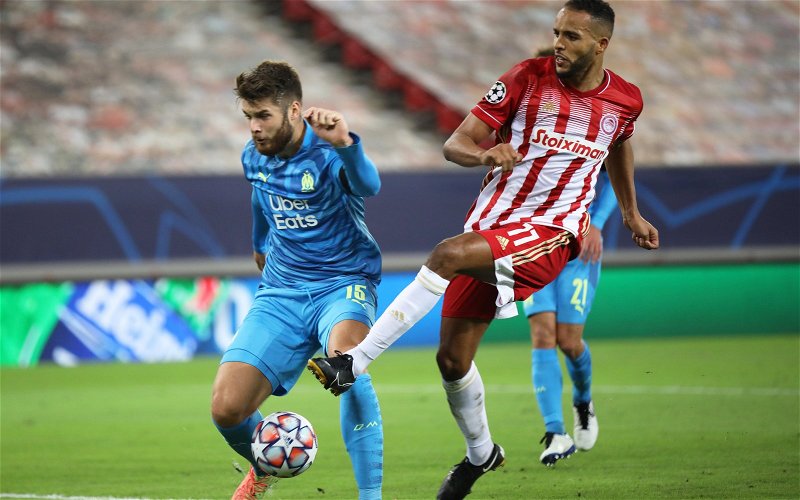 Sky Sports reporter Kaveh Solhekol has been speaking on The Transfer Show about West Ham United’s situation in the transfer window.

West Ham are still yet to make a breakthrough in the transfer market this month, although it’s being reported that David Moyes is looking to add a new centre-back with Angelo Ogbonna set to miss the rest of the season.

Someone they are seemingly looking at is Marseille’s Duje Caleta-Car, and with the centre-back only having 18 months remaining on his current contract he may not be too expensive an option. However, the Hammers are apparently looking for a loan deal – something Marseille aren’t interested in.

Solhekol has revealed where West Ham stand in their pursuit of a centre-back.

He said: “The only sort of sticking point is that I think West Ham want a centre-back in on loan with an option to buy, but as far as Marseille are concerned, they want a permanent deal if they are to sell Duje Caleta-Car, and they value him at about €20 million.

“So it remains to be seen whether David Moyes is willing to spend that kind of money on Duje Caleta-Car, but he has money available. The West Ham owners have said to David Moyes, ‘if you want to sign players, the money is there’.”

Moyes is seemingly not as desperate for a centre-back now compared to at the start of January, when both Kurt Zouma and Ogbonna were out injured. However, with the former now back and fit, the need for a new defender may not be as paramount.

Caleta-Car has been a regular for Marseille over the last few seasons and was attracting interest from Premier League rivals Wolves over the summer, so he’s someone that’s clearly seen as ready and good enough for the Premier League, it just now comes down to whether David Moyes actually wants him.

In other news: ‘People have asked me’ – Ex suggests Moyes doesn’t ‘rate’ 23 y/o at West Ham