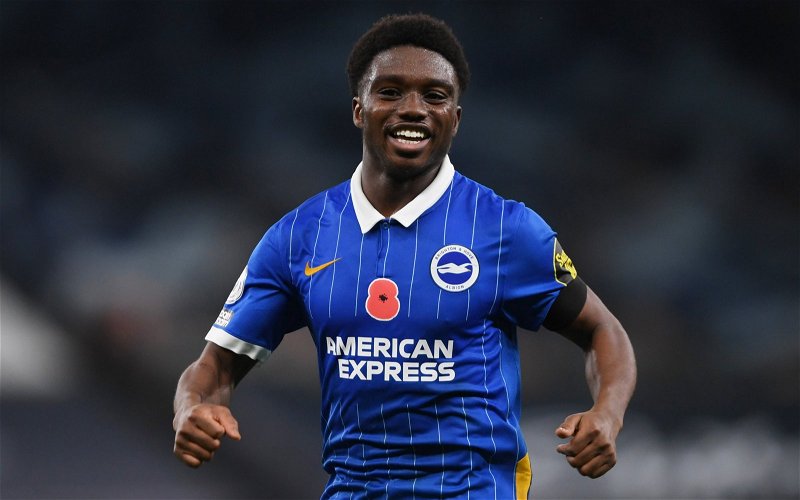 A lot of Tottenham Hotspur fans have been drawn to Twitter following the latest claim to emerge over a potential transfer swoop for Tariq Lamptey.

According to reports, the 21-year-old is emerging as a key target for Tottenham and Antonio Conte in this month’s transfer window and is believed to be valued at £50m.

Would Lamptey be an upgrade on Emerson? 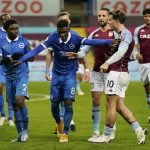 The claim comes amid Conte’s reported wish to add a new right wing-back to the Spurs squad in January, having been left far from impressed by the options available to him when he arrived in November.

Emerson Royal has been the starting right wing-back this season, but has only managed to rack up one assist, with his crossing leaving a lot to be desired.

And after the links to the Brighton & Hove Albion defender emerged, these fans flocked to Twitter to share their excitement over a possible move for the youngster.

@Ryan_Matt98
“Man can dream”
@DaviessRyan
“Would be incredible”
@SheSaidN0
“Throw everything at him”
@josh_loakes
“Sign him…no matter what it takes.”
@Adedaisi
“I beg”
@ShayTHFC
“Please be true”
@JM_Duby
“I’ll give my soul anything what do you need Paratici”
@thfcxcj
“PAY UP LEVY”
@CollinsRafferty
“The best 50m u will ever spend Levy”
@GigiloBiancos
“Finally we moving”
@ruiz_bush

Lamptey has had a difficult start to the season, which did not see him feature until mid-October due to an injury – but has received huge praise from his manager, Graham Potter.

The youngster endured a lengthy period on the sidelines but in his 11 league games last season, he was able to provide three assists, and it seems these fans are optimistic he would prove an upgrade on Conte’s current options.