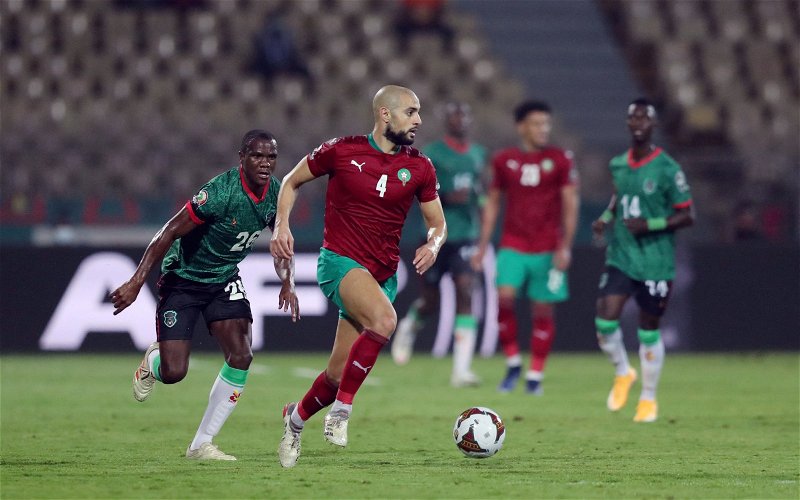 Tottenham Hotspur are closing in on their first signing of the January transfer window in the form of Sofyan Amrabat, according to Lyall Thomas.

The Sky Sports reporter was speaking on Last Word On Spurs’ YouTube channel to discuss the latest on all things transfer-related at Tottenham.

Levy in or Levy out?

And he has claimed the offer Spurs have put to Fiorentina for their midfielder is an initial loan with the option to buy in the summer if they are impressed with the Moroccan.

Amid claims the futures of the likes of Tanguy Ndombele are still uncertain, with the Frenchman linked to a move to Paris Saint-Germain, Thomas provided an update on the latest he had heard from his colleagues in Italy.

He said: “The information that they’ve relayed to us is that there’s been some talks, there’s been some negotiations. They’ve been reporting that Spurs have offered an initial loan, which also has an option to buy him.

“We know Fabio Paratici likes to work in a way that he lines up quite a few options to make sure that they can get something, or get one of their targets.

“I think this one is one that they have been preparing should they need to bring somebody in if Ndombele goes. And it looks like the likelihood of Ndombele going seems to be increasing. So, I think this one’s at a comfortable stage for Tottenham, I think he’s someone they can probably pull the trigger on quite quickly if they want to bring him in.”

TIF Thoughts on Amrabat to Spurs…

It is believed Antonio Conte went into this transfer window with the hope of bringing in a new central midfielder among a number of other areas he’d like to improve.

The links to Amrabat may concern some fans given the 25-year-old has had a difficult campaign with Fiorentina, with the midfielder struggling for game time (via Transfermarkt).

However, it is believed Conte is in favour of this proposed move for the Serie A ace, who featured much more regularly last season while Conte was an onlooker during his time at Inter last season.

In other news: ‘We’re cooking’, ‘He’s better than we’ve got’ – Many Spurs fans excited as RWB update emerges