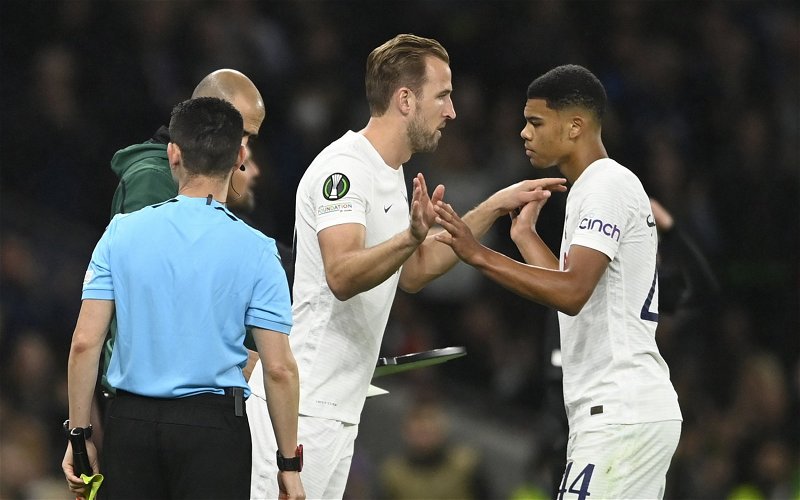 Tottenham Hotspur fans have been sharing their delight on Twitter at recent links to surface linking the north London club to teenage striker Mohamed-Ali Cho.

According to Football Insider, Spurs have opened talks with Ligue 1 side Angers over the possibility of adding Cho to their side this month.

Would Cho be a good addition this month?

Talks for the 18-year-old are believed to be over a deal worth in the region of £16.7m as the Lilywhites look to provide Harry Kane with some competition and support up top.

And despite the youngster being let go by Everton back in 2020, these fans were clearly left optimistic over the notion of Cho coming to north London this month.

Cho has been a regular feature in the Angers XI this season with 19 appearances in Ligue 1 so far, however, he has struggled in front of goal with just two goals to his name (via Transfermarkt).

Despite his goals return, the 18-year-old was nominated as one of the 40 on the shortlist for the prestigious Golden Boy award, and it seems these fans want to see what he could do as Kane’s back-up.