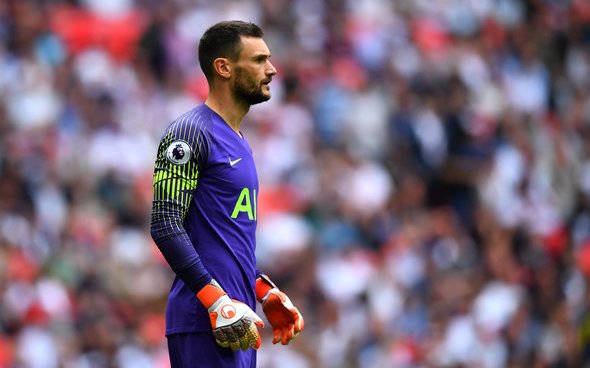 Reliable football journalist Fabrizio Romano has been discussing a potential new contract for Hugo Lloris at Tottenham Hotspur on his latest Here We Go podcast.

Tottenham’s French shot-stopper is now free to talk to other clubs about a potential move in the summer, with just a matter of months remaining on his Spurs deal.

Do you want Lloris to sign a new deal?

Antonio Conte has spoken of his wish to tie the 35-year-old down to an extended deal in north London and has claimed his captain to be keen to remain at Tottenham.

And Romano believes the two parties are heading in the right direction to securing Lloris’ future in north London for at least another year.

Having excelled in recent weeks under Conte with five clean sheets in eight league games, Romano had the following to say on Lloris’ future:

“For Hugo Lloris’ contract, this is one of the priorities, because Antonio Conte, since he arrived, he wanted Lloris to be at the centre of the project, to be an important player for Tottenham, to extend his contract – because he’s out of contract in June.

“And so Tottenham are into it. Let’s see if it’ll be a one-year deal with an option till 2024 – it’s a possibility – or directly a two-year deal. So it’s still to be discussed, but Tottenham want Hugo to stay, he wants to stay and Antonio Conte loves experienced players.

“But talking about Lloris, he’s the priority for Conte to keep him and to extend his contract.”

We think it is absolutely essential that Spurs get Lloris to commit his future to the north London club for a number of reasons, with the main one being his stunning form as of late.

However, when we look at some of the goalkeepers Spurs have been linked to in recent weeks – namely Sam Johnstone and Dean Henderson – neither have the experience Lloris provides, and clearly, neither are operating at the same level currently.

We do not feel there is a goalkeeper realistically available for Spurs who could directly replace Lloris if he was to leave in the summer.

However, with things going well under Conte and Lloris seemingly happy in north London, searching for a new goalkeeper is surely a problem that Spurs could do without in the summer,