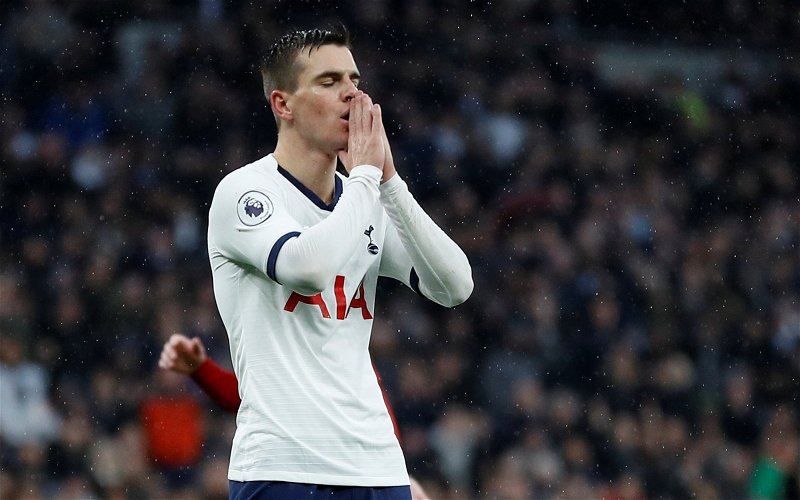 A lot of Tottenham Hotspur fans have taken to Twitter to share their delight at the latest transfer claim to emerge on the future of Giovani Lo Celso.

According to Alasdair Gold, the Argentine midfielder has attracted the interest of Sevilla who are keen to bring him back to La Liga this month.

Do you want to see Lo Celso leave?

The 25-year-old initially joined Spurs from Real Betis on loan back in 2019, but it seems like he may no longer be in Antonio Conte’s plans, having been left out of their game on Sunday against Chelsea.

And despite Spurs failing to find the back of the net for a fourth time this season against the Blues, these fans were clearly not concerned about losing Lo Celso.

“PLEASE, GET HIM OUT OF HERE”

@CharlesOn__
“Be the best deal we do this month”
@adrianthfcmills
“Happy Monday”
@jackthfc_
“Great start to the day”
@THFC__FRS
“My Monday morning just got a lot better”
@thfcbarnaby
“Let this be true , please”
@robdotsy
“Please be true”
@PReddog84

Since arriving in north London, the midfielder has failed to impress with just eight goals and six assists across all competitions – with just one of those goals coming in the Premier League (via Transfermarkt).

To add to the disappointment on the pitch, the Argentine has regularly suffered from a range of injuries, which has certainly not helped him to maintain a regular spot in the starting XI.

And having played just 233 minutes of league action this season, it seems these fans do not feel the Argentine would be a miss from Conte’s side going forward.