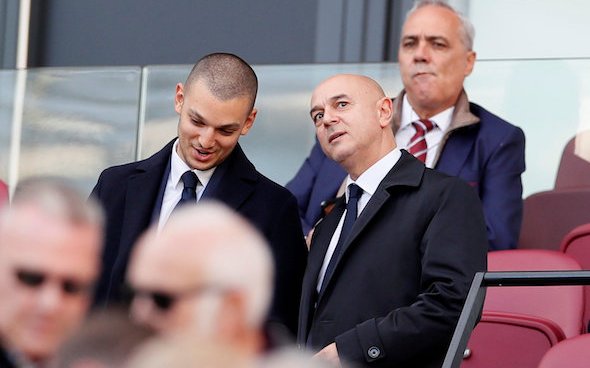 Lots of Tottenham Hotspur fans have flooded to Twitter to show their frustrations with the latest claim emerging about the club’s transfer plans.

It has been reported over the last few weeks a backup striker was on Antonio Conte’s wishlist for the January transfer window, along with a number of other positions.

Should a new striker be the main focus this month?

However, The Athletic are now claiming that it is expected Harry Kane will remain the only senior striker at the club for the remainder of the 2021/22 campaign.

The only other striker to make an appearance for Spurs this season is the 17-year-old, Dane Scarlett, and these Spurs fans let their anger be known as the claim was relayed on Twitter.

On Sunday, the Lilywhites were forced to bring Kane on to save them from FA Cup embarrassment against League One side Morecambe.

And the lack of firepower in the 28-year-old’s absence was clear to see with Tottenham unable to break the Shrimps’ backline until the England captain was introduced for the starting forward, Dele Alli.

Kane has been no stranger to injuries over the years and with no obvious replacement for the striker off the bench it seems these fans have been left furious by the club’s lack of urgency to provide Kane with some support.