A large number of Tottenham Hotspur fans have flocked to Twitter to share their thoughts at a recent transfer claim from Alasdair Gold which has left many concerned.

According to the Spurs reporter, during Antonio Conte’s first transfer meeting, he was told funds for January would be tighter due to the summer’s business. 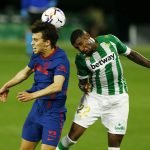 The Lilywhites spent just over £60m during the 2021 summer window which saw five players acquired, including two loans and youngster Pape Matar Sarr instantly returning to Metz on a season-long loan (via Transfermarkt).

Conte has spoken openly about his wish to add more players to the squad next month and it seems this revelation from Gold has left these fans far from optimistic ahead of the January window.

@mralexthfc
“Groundhog Day. It’s just ridiculous now.”
@PaulaL1882
“Same old Levy”
@BaderThfc
“The downfall has started”
@Kimizefanya
“Typical Levy, holding the club back. Never trusted a person so less in my whole life”
@ItsJD87
“Conte is about to walk out on us.”
@bowen9123
“And there we have it Don levy strikes again”
@JoeRoadMan87

Spurs go into the January window with a two-point gap to fourth-placed Arsenal and with two games in hand on Mikel Arteta’s side, however, Conte reportedly has his eyes on upgrades over the month.

After an impressive start to life under Conte in north London, it seems the claim from Gold has taken the wind out of these Spurs fans’ sails with many clearly concerned by Daniel Levy’s reported stance on transfers this month.