While Tottenham are still yet to broker their first signing of the January transfer window, despite continued links to Adama Traore, the club have moved to get plans arranged to develop houses and a cinema outside of the ground, according to Gold. 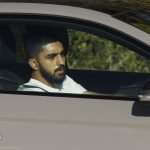 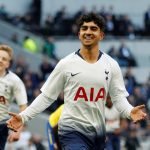 During the transfer window, a lot of fans are only bothered about results on the pitch and what players their side will be welcoming, so the timing of this announcement – and lack of reading the room – is worrying.

A lot of Spurs fans have slammed this latest club update from Gold on Twitter.

“Just goes to show the current stewardship of our club is rotten, what about building a team capable of bringing silverware to the club that would put a smile on the faces of the fans that get charged the highest ticket prices in the land”

“Even alasdair gold is fed up. Enic has blood on its hands.”

“Looks@like we are property developers first and a footy all team second or even third. Shambles.”

“You’ve gotta be kidding! How about actually buying the players conte wants! This club is a joke.”

“This sums up the club very well.”

With Spurs lingering outside of the top four and having also just limped out of the Carabao Cup, it would perhaps have been wiser for the club to hold off on this announcement and perhaps focus more on what fans care about at the minute – signings.

In other news: ‘Unbelievable news’, ‘Worse than not buying anyone’ – Many Spurs fans stunned as update emerges