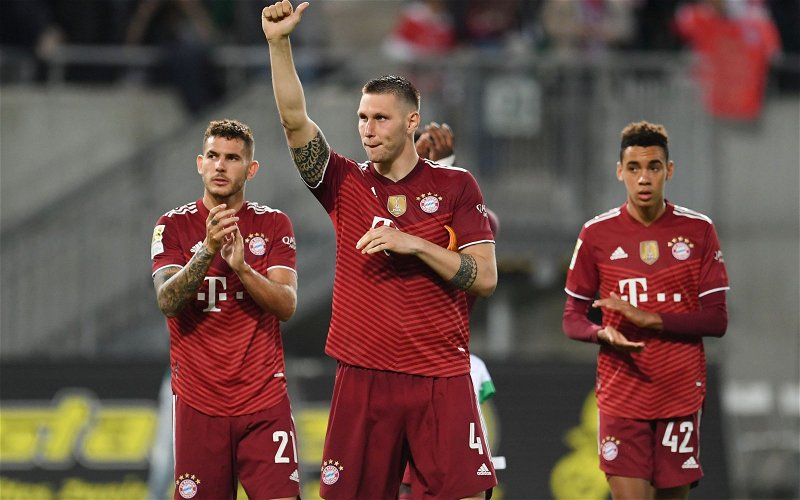 It’s been no secret that Newcastle United are in the market for a new centre back, or a few, in the January transfer window.

They already have a bid on the table for Diego Carlos and now it’s reported, that they are the current highest bidders for Niklas Sule at Bayern Munich.

The Germany international is out of contract in the summer, thus driving his price down before he’s lost for nothing come the end of the season.

Journalist Matteo Moretto reported the story that the ‘highest economic offer’ on the table at the moment is from Newcastle. This was then relayed on Twitter by NUFC360 who had the fans buzzing.

What the Toon Army said about the Sule link

“Would love this lad #NUFC.” @ToonBlackWhite

“Him and Botman/Carlos would be the stuff of dreams.” @cant_lewis

Sule would undoubtedly be an improvement for Newcastle. Let’s face it, you don’t play over 150 games for Bayern Munich if you’re not a top quality footballer.

He also has a Champions League medal, winning the tournament with the German giants in 2020. That shows just how far the Magpies have come. They are now being linked to Champions League winners from some of the biggest clubs in Europe.

Newcastle will be desperate to show the German and other potential targets just what they’re made of as they take on Watford in a relegation six pointer later today.