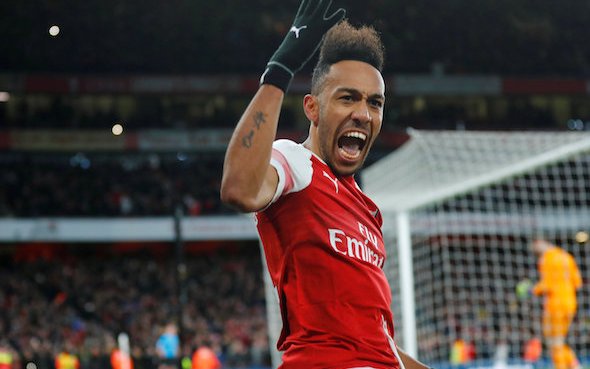 Only two days into the transfer window and as expected, the rumour mill is chaos at Newcastle United right now. The latest big name linked to St James’ Park is Pierre-Emerick Aubameyang.

The Gabonese forward has recently fallen out of favour with Mikel Arteta, leading to him being stripped of his captaincy at the Emirates.

He’s now being linked with a move away from the club and Newcastle are widely tipped to be after him. The Daily Mirror are reporting that it will be a six month loan with the option to buy for £20 million in the summer.

The news was shared with supporters on Twitter via NUFC360 and they were absolutely delighted with it.

What the Newcastle fans said about the Aubameyang links

“Scores goals, we need goals, has six months to show he’s ready to fight for the team, still a world class striker, literally nothing to dislike here.” @JackPet77880316

“I think this could be good, he’s proven goal scorer.” @raye3kids

“Snap him up, he will keep us in this league.” @alloutgungho

Although he’s no longer getting as much game time at Arsenal, he’s still got a ridiculously good track record. Newcastle would be signing a former Premier League Golden Boot winner who has 92 goals in his 165 Arsenal appearances. The former African Footballer of the Year also has 29 assists in that time.

We don’t know if the off the field issues suffered at Arsenal have affected him enough to throw his form completely out the window or not, but he could revel in a fresh start and new surroundings at Newcastle.

In others news, NUFC fans swoon over Trippier update