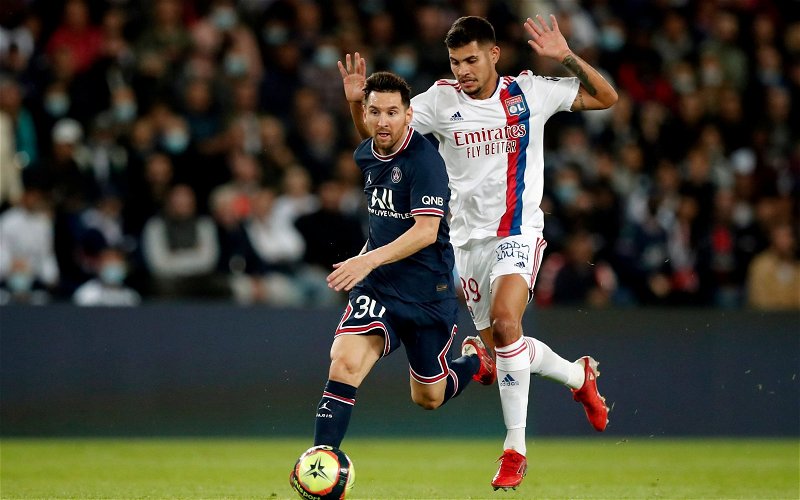 Newcastle United fans have been patiently waiting to see Brazilian midfielder Bruno Guimaraes holding up the famous black and white shirt of Newcastle, announcing his arrival at St James’ Park – something that now appears to be imminent.

The latest update comes via journalist Aden-Jay Wood, who claims that the medical has been done, with an official announcement ‘expected soon’ before the club move onto their next targets.

He shared the news on his Twitter account, with the Newcastle fans delighted, the wait might finally be over to see the Lyon man finally make the switch to Tyneside.

What the Toon Army said about the Bruno Guimaraes update

“Massive signing for us, we’ve been screaming out for a player like him.” @DavidTa41816701

“It’s not real until he’s holding the Toon top.” @PFlorentine

“Get this announced this morning and get cracking on the others. This will be a big statement and will surely help us land a few more targets in the final hours… #NUFC.” @ToonBlackWhite

Clearly, the Newcastle faithful are delighted with the news that an announcement is imminent after their near misses in the window already, finally getting another one over the line.

The promising thing from the update for the Newcastle supporters will be that they are still trying to add more after Guimaraes is official. A centre back is likely as they currently have a few names in the pipeline such as Dan Burn and Marcao.

Whatever else happens from here, it’s sure to be a busy end to the window for the Toon Army, with plenty of rumours to digest!

In other news, NUFC fans swoon over DCL claim