Lots of Newcastle United fans have taken to Twitter to share their excitement at the latest update from Sky Sports News on their interest in Diego Carlos.

According to Kaveh Solhekol, the Sevilla defender is open to a potential move to Tyneside, with a possible deal moving in the right direction for the Brazilian centre-back.

Do NUFC need more than one new CB? 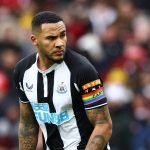 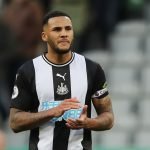 “Diego Carlos’ potential transfer to Newcastle is moving in a positive direction. It is not done, but positive,” said the Sky Sports reporter.

However, a deal for the 28-year-old is yet to be finalised, with the Toon returning to action on Saturday with a visit from fellow strugglers Watford.

@KierenW6
“What a signing this would be! They are second in Spanish league also.”
@DToon99
“Oh my word…”
@meaden_harley
“Suiiiiii”
@liam50741995
“I honestly hope this is true”
@Graeme__90
“Love this  shame we couldn’t get him and botman but Diego Carlos and another by the end of the window will certainly do.”
@AaronFada
“That is hot news, thank you nufc360”
@L3w1s_Nufc

With the Toon now at the halfway point of their season, their Premier League status is seriously at risk, making this weekend’s clash a relegation six-pointer.

Carlos has been a regular in the Sevilla side this season, with 19 appearances in La Liga as Julen Lopetegui’s men sit second in the Spanish top flight.

And with the Spanish side flying high domestically, it seems these fans are incredibly excited to hear one of Sevilla’s main men are open to joining the project on Tyneside.

In other news: ‘Good news for sponsors’, ‘Fume to this will be brilliant’ – Many NUFC fans buzz at Hope’s news