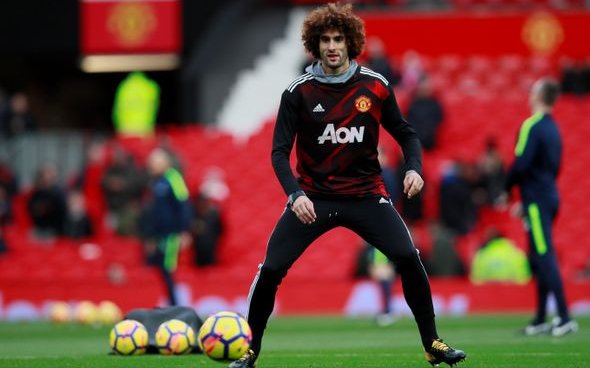 A number of Newcastle United fans have found themselves rather annoyed after their club was linked with a move for Marouane Fellaini.

With the transfer market open, all eyes are on the Magpies to see what deals they may do under their wealthy new owners. One player who would certainly cause a stir if he was to join is the former Premier League midfielder.

According to a report in Belgian media outlet Les Sports, Fellaini is wanted by Newcastle, who see him as ‘the ideal man to build their new team’.

The report also claimed that the 34-year-old, who has aged ‘like fine wine’, is being watched by Turkish teams Galatasaray and Besiktas, despite recently extending his contract with current club Shandong Taishan.

The story was shared on social media by NUFC360, but it didn’t seem to go down well with many of the club’s supporters.

Here’s what these NUFC fans said…

“Getting a bit embarrassing now. Desperately Seeking Anyone. All this cash and no one wants it. Can’t help but feel if we’d hammered Cambridge Utd, it would have looked better to prospective players. Wasted opportunity.”
@jezlee67
“No thanks.”
@NUFC_Neil83
“What is happening??”
@TheToonisBack
“….and I’m out.”
@OhioToon_in_VA

When you consider the fact that Amanda Staveley and PIF have ambitions to make Newcastle champions, you can understand why fans feel they may have been ‘lied to’ with the club reportedly eyeing an ageing former Premier League player who was deemed a flop at Manchester United.

“We’ve been lied to if this is true”
@NUFC_Bristol_
“This better be a joke.”
@David56880691
“Not so much scraping the bottom of the barrel as smashing right through it…”
@GY1Matt

It’s clear to see just how unhappy these fans are at the prospect of seeing the Belgian star play for their side. Fellaini has not played in England since the 2018/19 season where he managed 14 appearances, scoring no goals for Man United.

At his current club, however, he has shown he still has plenty to offer. Indeed, in 80 appearances he has managed 30 goals and a further six assists – an impressive record for a midfielder.