Journalist Chris Waugh has been speaking on Pod on the Tyne about Newcastle United’s desire to sign a new midfielder.

Newcastle appear to be in transfer limbo once again, but this time, with Lyon midfielder Bruno Guimaraes – as Sky Sports reports that a fee had been agreed between the two clubs, only for Lyon to release a statement saying this was actually false. 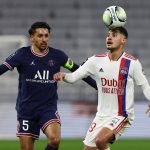 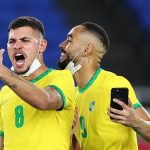 It was seemingly clear that the Magpies were in need of a new central midfielder given that their current options are not doing enough when going forward, with Joelinton racking up the most passes into the opposition’s 18-yard box (16) and now he’s picked up a groin injury, the next best is Jonjo Shelvey with just six (as per FBRef).

Speaking prior to the Magpies’ apparent ‘deal’ to sign Guimaraes, Waugh has claimed that the club are indeed increasing the efforts to sign a new midfielder.

He said: “Newcastle, it’s my understanding, are going to step up their search for a midfielder, partly in response to Joelinton’s injury, but also because they’re looking for one, anyway.”

It’s clear to see why Newcastle are looking to bring in someone like Guimaraes – as of last week, he had racked up the most passes for a midfielder into the final third across Europe’s top five leagues (as per Squawka), so he would certainly bring a more forward-thinking approach to the Magpies’ side.

If Newcastle could bring in Guimaraes, it could take a lot of pressure off Allan Saint-Maximin in terms of not forcing the ball out wide to him at any given opportunity, as the Frenchman has created 3.61 shot-creating actions per 90, and the next closest player to have started a game is Joelinton with 2.81 (FBRef), so Guimaraes could break through the middle and take a lot of focus away from Saint-Maximin.

In other news: ‘You’ve got to be kidding’, ‘Relegation’ – Many NUFC fans fume as Graves reveals ‘massive blow’