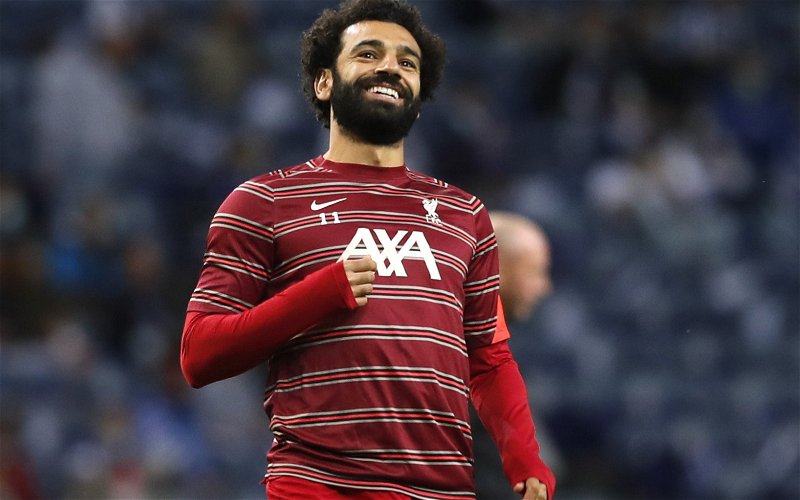 Liverpool forward Mohamed Salah’s contract is expiring in 18 months, with the Egyptian making it abundantly clear that he desperately wants to extend his stay at Anfield beyond the next year and a half.

We saw other key players such as Alisson, Virgil van Dijk, Fabinho and Trent Alexander-Arnold all rewarded with new deals in the summer, with Salah keen to add his name to the list. He spoke to Sky Sports ahead of Liverpool’s rout at Old Trafford in October, claiming he wanted to never leave the Merseyside club.

He has publicly reiterated his desire to sign again, this time with GQ. He claimed he was ‘not asking for crazy stuff’ in his new deal.

David Ornstein spoke to Sky Sports News to give his update on talks, including Salah’s apparent demands, saying: “It would appear to be a request that Liverpool are not prepared to meet, otherwise it would have been signed by now.

“So it seems there is a bit of a poker game going on. Who blinks first: does Salah sign what’s on the table? Do Liverpool up the offer a little bit? Does it run down to the summer and he’ll have a year to go?

Salah is regarded by some as the best player in world at the moment. He has been unplayable at times this season, with Puskas Award contenders in back-to-back games against Manchester City and Watford.

He has 23 goals and nine assists in just 26 games this term – form that is arguably irreplaceable, so Jurgen Klopp and all Liverpool fans will surely be desperate to see him put pen to paper on a new deal. If Salah doesn’t extend his deal, it could be a major disaster for the side.

So Ornstein’s update should provide some relief, as in a worst-case scenario, Liverpool would be letting a 31-year-old Salah go for free at the end of next season, at which point he may no longer be at the peak of his powers.

In other news, Klopp target update