A number of Leeds United fans have reacted with anger after hearing that the club are not likely to sign anyone in the January transfer window.

With less than a week to go before the winter market comes to an end, Leeds fans may well have been hopeful that Brenden Aaronson would arrive, with The Athletic reporting a bid has been made for the player.

However, according to Daily Mirror journalist David Anderson, Red Bull Salzburg are ‘refusing’ to allow the player to leave, so it looks as though Marcelo Bielsa and co will make no new signings this month.

The writer shared the news on Twitter, adding that unless ‘Victor Orta can pull a rabbit out of the hat like he did with Raphinha’, the Leeds squad will not be getting any bigger. 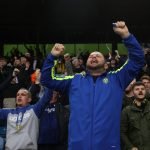 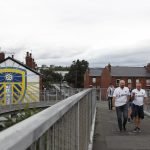 It doesn’t seem as if many supporters were happy with that update.

“We’re finished.”
@Hatherz89
“Genuinely is so embarrassing btw. No ambition whatsoever.”
@SamCxoperr
“You can’t defend the inexcusable. This is negligence by the board.”
@thombo1987
“Shambles.”
@Tdp0709
“Absolutely shocking from us. If this was any other club than the one I support, you’d be looking from outside thinking what they doing? They deserve to go down for being so blasé about strengthening their squad. Really weird approach from us tbh.”
@L33ds_Un1t3d
“We are pathetic.”
@LUFC_Henry
“Indefensible.”
@Varneyshairline

Looking at the comments above, it’s clear to see just how upset these fans are. In fairness to them, the only piece of first-team business that the club have been involved in this winter has been the departure of Cody Drameh, who joined Cardiff City on loan – hardly the most exciting club news.

If this report is accurate and no incomings get across the line, it’s safe to say the likes of Victor Orta and Andrea Radrizzani will not be the most popular men in Yorkshire.

In other news: ‘Summed up the day’ – Journalist rips into ‘shocking’ Leeds United star