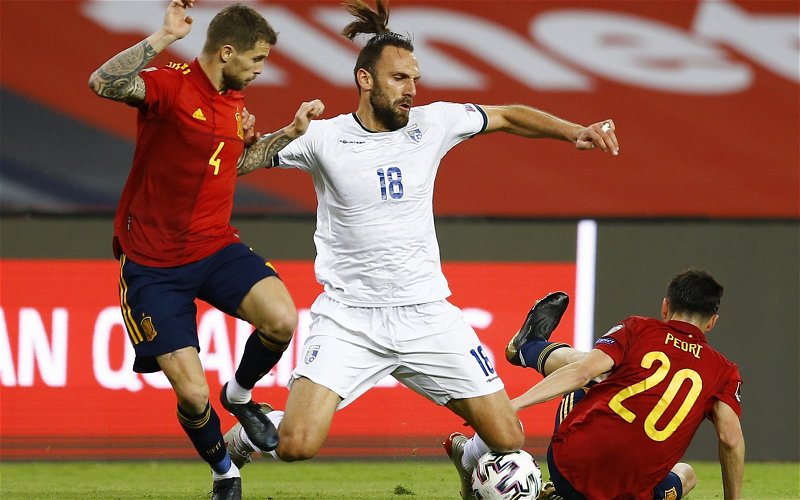 Leeds United fans have been reacting to claims surrounding a potential move for Vedat Muriqi in the January transfer window.

Leeds are in desperate need of bodies right now given the number of absences that the players have picked up in recent weeks. Arguably, those problems are being felt the hardest up top, where the club have had to do without Patrick Bamford, the club’s main goal threat for the past few seasons.

As a result, it’s no surprise to see that they are looking to add another body in attack.

According to reports in Italy (via TEAMtalk’s James Marshment), Muriqi of Serie A side Lazio is on Leeds’ list of potential options, with Marshment noting on Tuesday morning: “Leeds have ‘registered their interest in the last few hours’ over a potential loan swoop.”

The forward has been successful at some of his other clubs, having hit double digits for league goals three times in his career, but hasn’t been able to translate that to his current side, with just two goals in 48 games.

So when Leeds fans saw Marshment’s tweet about the potential transfer, it was no surprise to see that fans weren’t too enthusiastic about the claim:

“Out of 21 games, he’s sat on the bench 10 times, started once, subbed on in the rest and played 206 minutes in Serie A this season? Hasn’t scored and assisted once. No thanks that sounds like a Massimo move to me.”

@JoshuaHolden93
“1 goal in 34 games for lazio. No thanks”
@tvr_82
“Surely that’s nonsense. 2 goals in 48 games, market value of £5m.. and we’re in for a loan.. rather re sign Luke Varney”
@garyoleary
“Wow. This is desperate by the club. He’s another Billy paynter. Also… Not sure if it’s been mentioned, but we need a MIDFIELDER. 4 years since we signed a CM! Never signed one under MB. The club is a mess at transfers. #lufc”
@Varneyshairline
“Just looked at his numbers, I reckon I could do a better job up front. If this is the route we’re taking I’m worried”
@BielsaBoi
“Talk about scraping the barrel. Pathetic if we’re after this type of player.”
@KDH17x
“No no no don’t need him”
@HowellsU

Whilst his record at Lazio isn’t the greatest, Muriqi’s production elsewhere does offer some cause for encouragement, so perhaps Leeds fans shouldn’t be too pessimistic about the idea just yet.