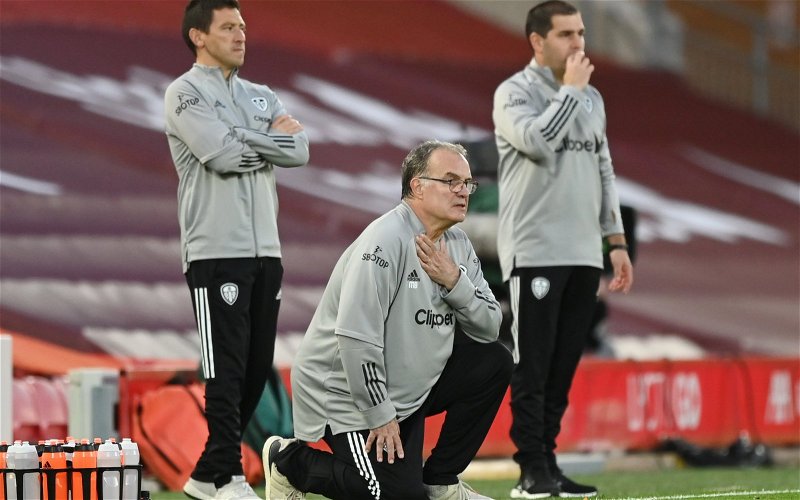 A number of Leeds United fans have been furious after seeing footage of a goal they conceded at the weekend in the FA Cup recently.

Over the weekend, Marcelo Bielsa’s men lost 2-0 against West Ham United in the third round of the domestic cup competition. However, the game did not pass without a key moment of controversy.

Indeed, for the opening goal of the match, Hammers player Jarrod Bowen seemed to be offside when he played a role in challenging for the ball which ultimately fell to his teammate Manuel Lanzini, who stuck the ball into the back of the net soon after.

Despite a lengthy VAR check, the goal was given, and it left almost all of those involved with Leeds feeling very hard done by. Even the club’s official Twitter page got involved, posting a clip of the incident online – accompanied only by a couple of emojis to suggest confusion and doubt over the decision.

Should Leeds loan out Cody Drameh?

After watching the clip on social media, it’s safe to say the Leeds supporters were not happy with what they had seen.

“Embarrassing for all the officials involved.”

@LUSCExec
“Genuinely confused as to how it’s not ruled out.”
@lukechunknaylor
“When are we going to write to the relevant authorities asking for explanations to the ridiculous VAR decisions in our games? This is becoming a joke and they have a clear agenda.”
@SneakyScoffer
“How on earth does a VAR assisted experienced ref not flag that offside as Bowen is interfering with play. It was a complete shambles this VAR.”
@Rainbowquest2
“How was Bowen not offside ??? Who is the Var ref accountable to ??! Shocking decision.”
@Terry1Charity
“I’m actually stunned how that goal has been given.”
@jamiemander2

Judging from these comments, it’s clear to see just how upset the decision has left this collection of Leeds United fans.

While they are obviously upset to go out of the FA Cup in such a manner, it may benefit the club to now be able to focus all their efforts on the Premier League. As things stand, the Yorkshire outfit are only two places above the relegation zone, and with their squad stretched to its limit due to injuries, it may be better to have one less competition to worry about.

In other news: ‘Wouldn’t this be a huge blow’ – Journalist left ‘scowling’ as Leeds rumour emerges