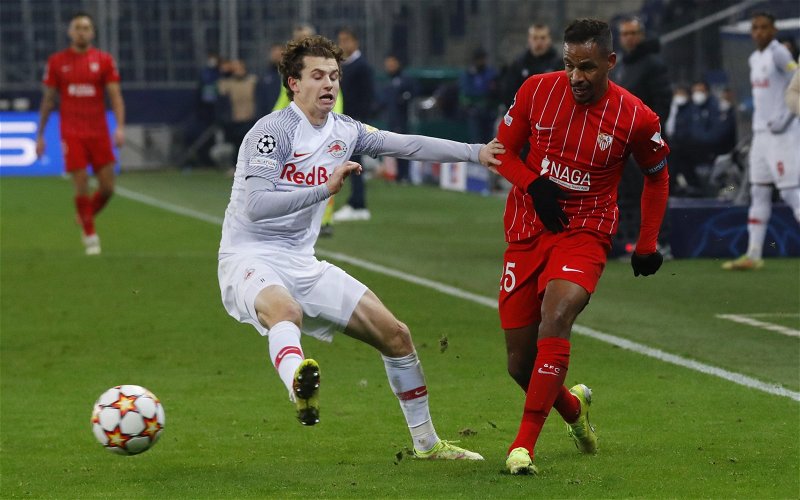 Leeds United fans could be gearing up to welcome a new face to Elland Road soon, with RB Salzburg still mulling over their current bid for Brenden Aaronson.

The news broke from The Daily Mail via Leeds Xtra, who claim that the £20m pound bid tabled by Leeds is yet to be accepted or rejected as Salzburg consider their options.

They go on to claim that the Austrian club know they’ll be making a healthy profit on the attacking midfielder, with the fact the deal wasn’t immediately rejected a positive for Leeds.

When Leeds Xtra relayed the news on Twitter,  the fans flocked to the replies to convey their joy at the update

“Fingers crossed Victor can get this deal done in January. You optimistic?” @OHelleland

“That does nothing for us, we need him now [prospect of loaning back].” @rexbox82

“If they don’t accept this, we just need to up it once more and he’s ours imo.” @LufcCalum

“Think the player has got to force this one. That would be the game changer I hope!” @BradleyR1919

“I wouldn’t be surprised if the agreement is to loan him straight back due to their Champions League commitments.” @Wesley95475528

Aaronson has been key to Salzburg this season, helping them qualify from a tough Champions League group that featured Sevilla, Wolfsburg and Lille – he played every minute bar five in the group stage.

At just 21-years-old, this could be a very smart signing by Marcelo Bielsa and Leeds. He has incredible experience at such a young age with those Champions League games under his belt, so he could be an important player to Leeds for years to come you’d feel.

In other news, Leeds fans swoon over Raphinha contract update