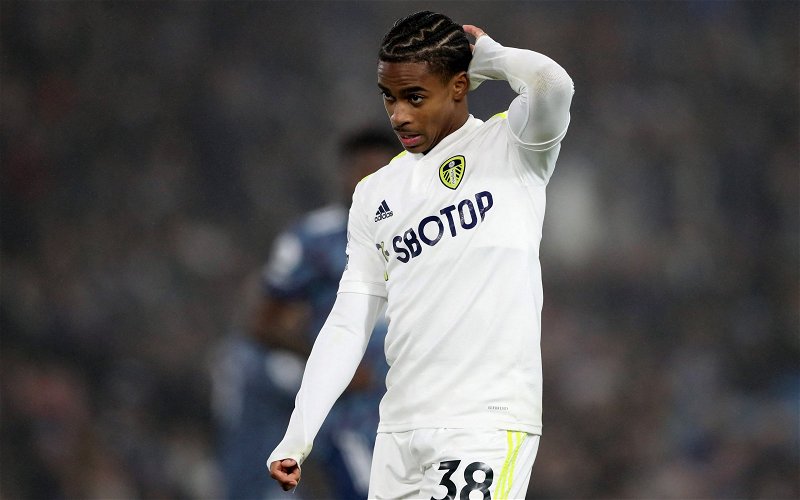 A whole host of Leeds United fans were very excited on Twitter to see the club post footage of Crysencio Summerville.

Leeds and Marcelo Bielsa have had their hands forced this season in terms of handing youngsters minutes in the Premier League, with the likes of Joe Gelhardt, Cody Drameh and Summerville all featuring in the first team because of injuries.

The latter has been playing a mixture of first-team and under-23s football this season and starred in the youth team’s latest match against Sunderland. The game ended in a 3-3 draw, although the Dutch winger did manage to net all three of those goals.

A lot of Leeds fans are buzzing on Twitter with the Summerville footage.

“This guy is some talent!”

“This man is too good”

“Wow that escalated quickly, a hattrick in 35 minutes. Did Sunderland do something to Cry?”

“Start him over Harrison”

Summerville is still yet to open his account in the first team for Leeds, but is still featuring for the Under-23s, and with an FA Cup match this weekend, it could be an opportunity for Bielsa to hand the winger a chance to impress and get his first senior goal.

In other news: ‘Oh my’, ‘Would be a fantastic window’ – Many LUFC fans buzzing as another Bielsa target emerges