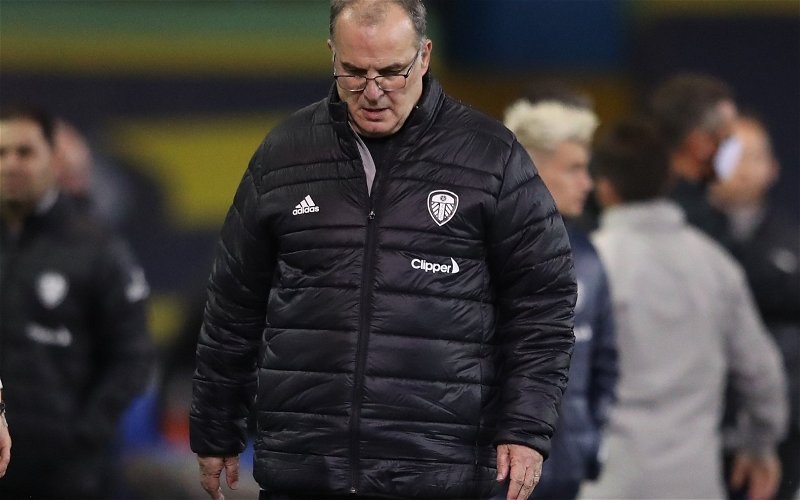 A collection of Leeds United fans have been left furious with manager Marcelo Bielsa after he substituted Lewis Bate in the club’s recent FA Cup match.

In their last outing, the West Yorkshire club fell to a 2-0 defeat at the hands of West Ham United. Although supporters would not have been happy with the controversial goal scored by Manuel Lanzini – let alone with the result as a whole – one other moment also seemed to boil the blood of some fans.

Indeed, with the Hammers in the lead at half-time, Bielsa decided to bring Bate off. The youngster was making his debut for the club and had clearly impressed, with many fans lamenting the Argentinian’s substitution.

The Athletic’s Phil Hay sent a tweet explaining how the 19-year-old was coming off, and it did not go down well with the club’s supporters.

“Ridiculous, Bate having a great game!”

@ASteven93
“Harsh on Bate.”
@lufcThommo
“Genuinely shocked that Bate has come off. Thought he was excellent.”
@HarteandSoul
“Shocking management from Bielsa. Will be terrible for the young player’s confidence. Basically being told they are not good enough. Either rest players or don’t. Half and half is just a joke.”
@lufcmotalaw87
“Bielsa gotta go.”
@SlimeLanguage91
“Why??”
@LUFC__23

As is made clear by the Twitter reactions, these fans were not at all pleased to see the teenager pulled off so early in the game.

After signing from Chelsea in the summer, Bate has been limited to appearances in the club’s academy sides – featuring most regularly in Premier League 2.

With that in mind, the Leeds supporters had been made to wait before finally getting to see their man finally play in the senior team. And after all that, it seems they were not happy with Bielsa for cutting the youngster’s game short.

In other news: ‘Oh no’, ‘This isn’t the Leeds news I wanted’ – Many Leeds fans fume as Romano update emerges