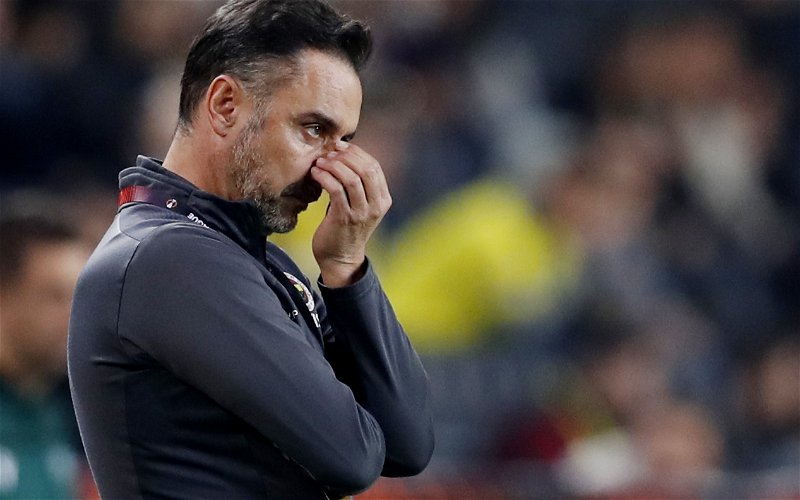 TalkSport reporter Alex Crook has been discussing Vítor Pereira potentially becoming the next manager at Everton.

Having separated from Rafael Benitez a few weeks ago, the Toffees have been taking steps to replace the Spaniard. Having placed Duncan Ferguson in charge temporarily, the club have reportedly begun the interview process for their next permanent manager.

According to The Daily Mail, Pereira has already been interviewed for the role and appears to have left quite a good impression on Everton owner Farhad Moshiri, as the report claims he is viewed as a “strong candidate among senior members of the Everton hierarchy”.

Speaking on the TalkSport GameDay podcast, Crook divulged some more information, discussing the interview that took place, the fact that he has been on Everton’s radar before and why exactly the Toffees might be interested in taking him on to replace Benitez.

He said: “I think he’s already been interviewed by the Everton board, he was at the back-end of last week. Came across well in that interview, impressed Farhad Moshiri, the Everton owner. I think he’s been on their radar once or twice before, including when they eventually hired Carlo Ancelotti, he was quite close to getting the job then.

“He’s won league titles in Portugal with Porto, in Greece as well. Was most recently at Fenerbahce – that didn’t work out particularly well, but he’s certainly been on the radar of English clubs, not just Everton – I think at Arsenal as well, when they parted company with Unai Emery, he was certainly seen as a possible contender.

“He’s someone who’s won nine trophies over the course of his career. And I think his track record in European football is certainly an attractive proposition for Moshiri. I guess maybe it highlights a lack of contenders with Premier League experience. But listen, it’s a step into the unknown, let’s see how it goes.”

Have you been impressed with Everton this season?

It certainly is an interesting route that Everton are going down if they do decide to appoint Pereira.

Whilst he certainly has experience, having racked up plenty of games across his managerial career as well as a history of success, he doesn’t have any experience of the Premier League. That is something that carries a risk to begin with – even more so when you consider that the Toffees are arguably in a relegation battle given their position in the table.

This is where they need to make the calculated decision between candidates having overall experience – but not necessarily in the Premier League – versus having little managerial experience, but possessing excellent top-flight knowledge from their playing days, which could be found in the likes Frank Lampard and Wayne Rooney, who they have reportedly shown an interest in as well.

Of the two, Pereira may slightly be the better choice given his more proven track record, but that doesn’t necessarily mean that he would be a perfect choice, either.

In other news: Journalist reveals Everton ‘interest’ in 24 y/o star with Moshiri taking ‘a lot of control’