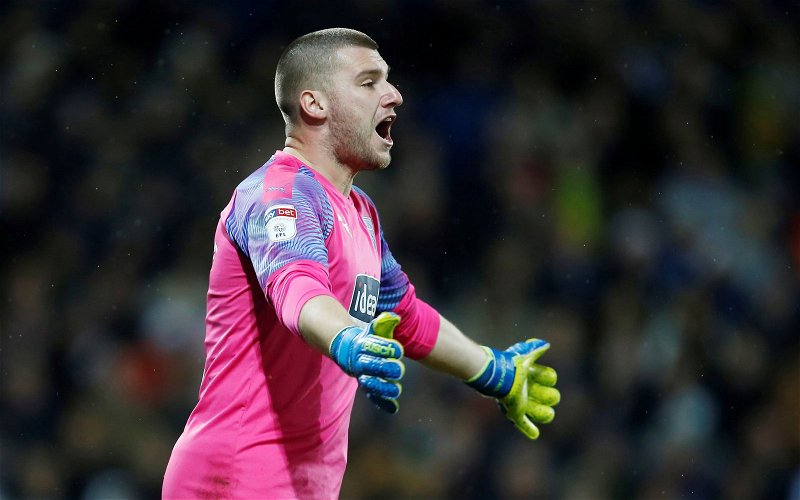 A number of West Bromwich Albion fans have reacted online after hearing that a variety of Premier League clubs want to sign Sam Johnstone.

With just six months left on his contract, the England international may be set for a Baggies exit in the very near future. With that in mind, TalkSport has reported that a number of top-flight clubs are eyeing up Johnstone.

In recent days, journalist Alex Crook has claimed that the West Brom man wants to be part of the Three Lions’ World Cup plans and believes he will be best served by a return to England’s top flight.

He named the clubs who may make a move for him this January, saying: “I’m hearing Tottenham are joining the likes of Newcastle, Southampton and West Ham in showing a definite interest in Sam Johnstone.”

The news was shared on social media by WBA Report and it soon caught the eyes of some fans who were happy to share their thoughts on Twitter.

“After today’s performance please sell him.”

@Sherriff98
“Wouldn’t usually say this but somebody please take him now.”
@BaggiesTom1
“Surly sell now while you still can. Keepers are always replaceable. Great keeper, but I think Button or Griffins are more than capable.”
@Albionwestand
“YESSSSSSSSSS.”
@wbaxingram
“Have to cash in while we can I’m afraid. Would love Sam to stay but no progress on a new contract means this is probably inevitable.”
@hoare_neil
“Goodbye.”
@Michael65101368

Should West Brom have sold Sam Johnstone this January?

In their last Championship game, Johnstone picked up a red card in a 1-1 home draw with Cardiff. Taking that into account and all the speculation that surrounds his future, it is perhaps understandable that these fans are keen to see the player leave.

Even so, with the Baggies fourth in the league and pushing for an automatic promotion spot, they won’t want to weaken their squad too much this January. If he does leave, it will be interesting to see if the club sign a new goalkeeper – though they have just splashed a fee believed to be in excess of £7 million on striker Daryl Dike.