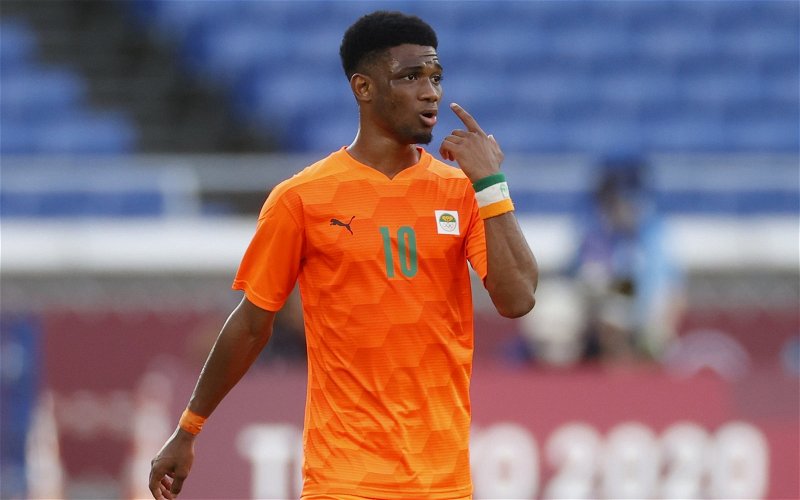 Fabrizio Romano has been speaking on his latest episode of the Here We Go podcast to discuss Derby County’s interest in Amad Diallo.

The Rams enter the second half of the Championship season having clawed themselves out of negative points in the table following their multiple deductions earlier in the season.

Would Diallo be a good addition?

With a spot outside of the relegation zone just 11 points away, Romano believes Wayne Rooney is looking to flex with Manchester United muscles to bolster his squad.

And Romano believes the player in question is 19-year-old winger Diallo, who has been struggling hugely for game time this season with just one appearance for the senior side (via Transfermarkt).

Having only signed for United last January for a fee in the region of £37m, Romano had the following to say on the possibility of Diallo joining the Rams:

“Amad Diallo is not going to Birmingham, first point – no agreement between all parties involved. Derby County want him, with Wayne Rooney pushing to have him. Let’s see also Sassuolo in Italy asking for information, so many opportunities for Amad Diallo – his priority is to stay in the UK.”

Diallo has proven a constant threat in front of goal in the games he has played across the early stages of his career. He has already provided four goal involvements in just two appearances for the U23s this season.

And looking at Derby’s output in attack so far this season, the club’s top scorer, Tom Lawrence, has only provided five goals across his 23 league games.

We think this could be an opportunity for Diallo to earn himself some regular game time and show what he is capable of doing, with opportunities proving hard to come by thus far at United.

However, there are a number of clubs said to be looking, so we are interested to see if Rooney is able to persuade the youngster to join a relegation-loomed side.