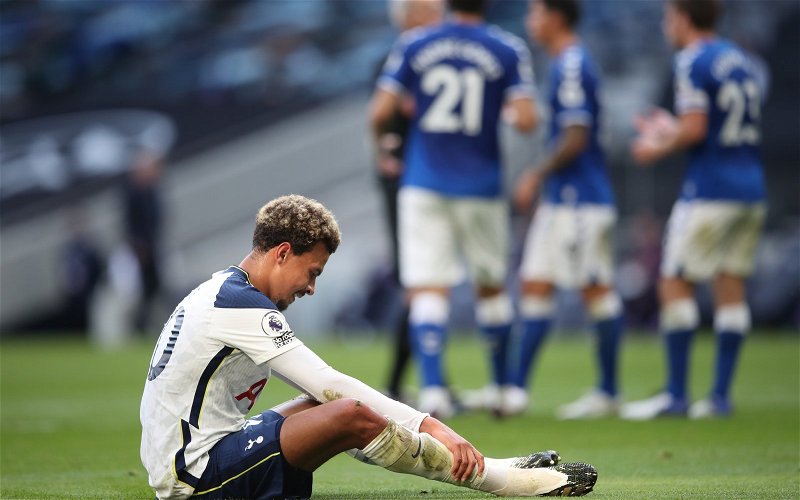 Lots of Tottenham Hotspur fans have flooded to Twitter to vent their anger at the display of Dele Alli in their latest Premier League clash.

The Lilywhites went into the game on Tuesday on the back of some fine form under Antonio Conte with the Champions League spots just six points adrift.

Should Dele play again for Spurs?

Dele was making his second Premier League appearance in the space of the last three games, with the Englishman playing 81 minutes in the draw against Liverpool (via Transfermarkt).

The Englishman’s contribution only lasted for 61 minutes against Southampton after he was replaced by Lucas Moura, and these fans shared their disappointment in the 25-year-old on Twitter.

@AnthonySophoc
“Dele just a fraud”
@apizepies
“Nah Dele is done. He offers nothing”
@GarethSmith87
“Think Dele needs to move on in January. He’s useless. Simple as.”
@JBoldsyNation
“Dele is genuinely championship quality at times”
@keirsco1
“Dele Alli should never play again.”
@Conteismyking
“When are we going to learn? Dele, needs to be sold ASAP. He IS NOT back.”
@CB_THFC_ENICOUT

Dele has had a difficult campaign, finding himself in and out of the starting XI, however, the minutes against Liverpool did offer some promise for his future in north London.

But with just one league goal to his name this season, it seems these fans have had enough of the 25-year-old playing for their club.