Lots of Celtic fans have flocked to Twitter to voice their frustrations on the latest news to emerge ahead of their clash on the weekend.

Ange Postecoglou’s men will bounce into Sunday’s game on the back of three big points earned on Thursday night at Parkhead to keep the pressure on the league leaders.

Should Kyogo's goal have stood? 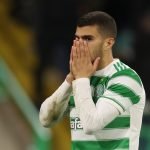 However, ahead of their trip to Dundee United on Sunday, the Bhoys have confirmed a number of Celtic fans will now be unable to attend the game at Tannadice Park.

The news comes after storm damage from last weekend has made the Jerry Kerr Stand not fit for purpose meaning a number of tickets have been cancelled, and fans were not pleased by the update.

@cole67_
“Absolute amateurs!”
@K__1967
“We’ve already started making our way up what are we meant to do, we got tickets for cup final this is a disgrace”
@Seanfolek
“absolutely embarrassing”
@matthewd67
“Joke”
@emmac007
“Tinpot club”
@COYBIG_GGAW
“Boooooooooo”
@Deckyy67

Having beaten third-placed Hearts on Thursday night, the Bhoys face another stern test as they take on fourth-placed Dundee United with Postecoglou’s men currently sit second behind their city rivals.

Given Celtic have not tasted defeat in the league since September, it is no surprise these fans have been left disappointed that a number of them will now be unable to attend the game.

In other news: ‘We are massive’, ‘Oh wow’ – Lots of Celtic fans buzz over ‘sensational’ club post