Sunderland: Phil Smith on the extent of Nathan Broadhead’s injury 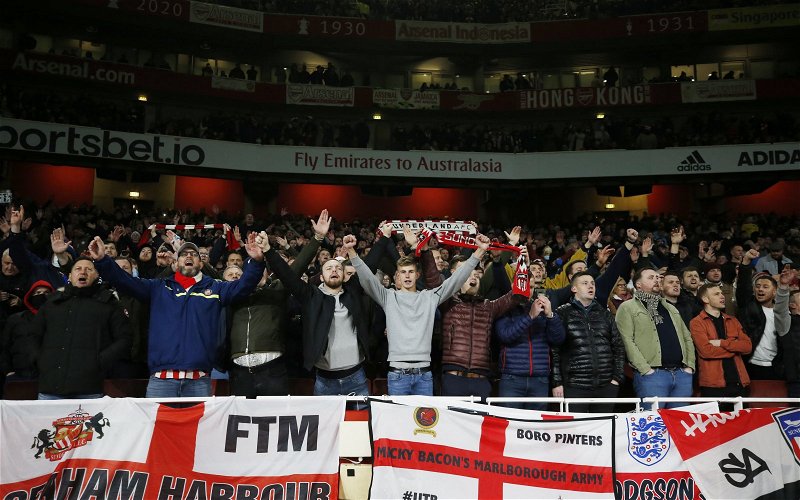 Phil Smith has been speaking on The Roar podcast about how long Nathan Broadhead could be out for.

Sunderland managed to record their fifth victory in their previous eight league matches after strolling to a very comfortable win against Doncaster Rovers, however, it may now seem slightly overshadowed as Broadhead’s injury sustained against Arsenal may be a bad one.

The on-loan Everton striker has been in red-hot form this season for the Black Cats, having scored five goals in his last five league games, but after being forced off against the Gunners, he may now require surgery.

Smith has explained what the injury could mean for the rest of Broadhead’s season.

“Sunderland basically need to establish whether he needs surgery. If he does, that could be the end of the season for him. If he doesn’t, then it’s three months.

“If it’s three months, personally, I’d be inclined to keep his loan going.”

Having someone like Broadhead in top form this season has allowed a lot of the pressure to be relieved off of Ross Stewart’s shoulders and has let him play with freedom – which may have gone some way to the Scotsman netting 12 times so far this term.

If the injury sustained by Broadhead is thought to be as serious as Smith says it could be, then it would be a cruel way for his season to end, though he may well be able to play a part in the run-in or a potential play-off campaign if his recovery goes to plan.

It could also force Lee Johnson to dip into the transfer market to strengthen an area he may not have been looking to do so originally, as he aims to get the Black Cats back up to the Championship in his first full season in charge.

In other news: ‘A shambles’, ‘No, no, no, no’ – Many SAFC fans fume over ‘ridiculous’ off-field news