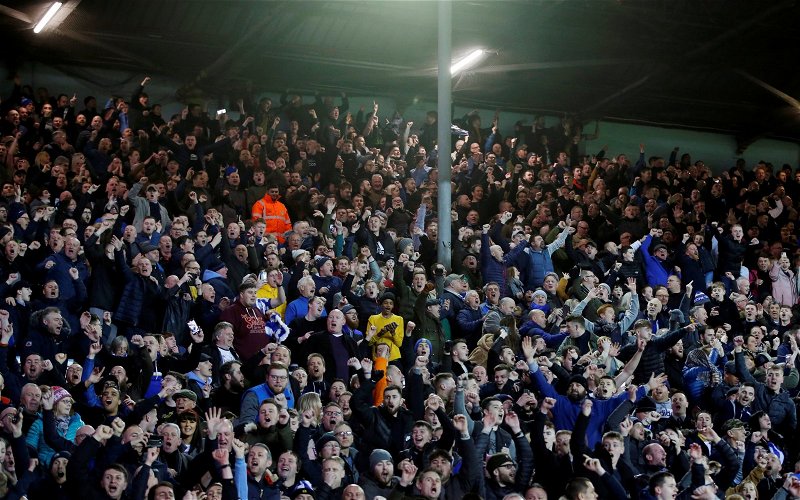 Sheffield Wednesday fans have been reacting to the performance of Lewis Wing during their recent game in League One.

The Owls came into the game off the back of a rather impressive undefeated streak in the league that stretched all the way back to the start of October.

However, a number of health issues meant that this was their first game in a while, so there may have been some rust to shake off as they took on a Sunderland side battling it out near the top of the table.

And there appeared to be plenty of rust for a number of Wednesday players as they slumped to a 5-0 defeat, and whilst there were several players at fault, Wing came in for some especially harsh criticism for his performance.

He didn’t make a single tackle or interception on the night whilst also being dispossessed once (via WhoScored), so not the best performance for a holding midfielder. This led to a torrent of comments from Wednesday fans on social media during the game, with some hoping that his loan spell from Middlesbrough could be called off early:

@jamie_heeley
“Said it before and I’ll say it again, get Lewis Wing out of the club”
@HollyMoore_22
“Send Lewis Wing back asap”
@Mat_Hamiltonnn
“I mean this sincerely. Lewis Wing is utter utter tosh. Worse than Butterfield.”
@TomScott1
“Why’s he keep starting Wing????? Done absolutely nothing all season”
@WednesdayRetro
“Embarrassing horrific shambles just a few words to describe that 1st half honestly send Lewis Wing back to boro at half time he’s awful”
@Jamieroper3

With the January transfer window around the corner, it’s not exactly the best performance to put in, and perhaps it has given Owls boss Darren Moore something to think about as it pertains to his future.