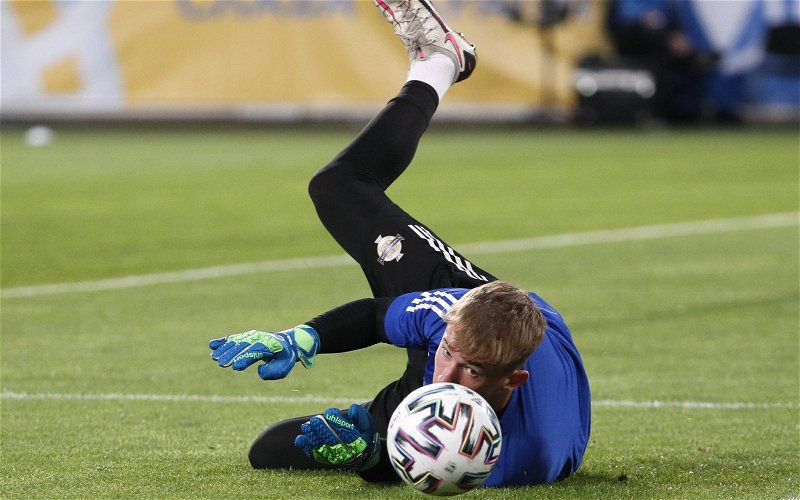 A whole host of Sheffield Wednesday fans on Twitter are loving the latest footage to emerge of Bailey Peacock-Farrell.

The on-loan shot-stopper has experienced an indifferent season thus far with Wednesday, as he started as the club’s No 1, but has also missed three games. However, against Portsmouth in midweek, Peacock-Farrell earned the Man of the Match award for his display.

The Owls managed to keep a clean sheet against Pompey and judging by the video Sheffield Wednesday put out it’s not a surprise given the numerous top-class saves Peacock-Farrell managed to pull off.

A lot of Wednesday fans on Twitter are buzzing over this footage.

What have these Owls fans been saying?

“Outstanding performance, Hirst shot right down the middle which was poor though! Wednesdays defence were also brilliant! We could have won 4 nil but at the same time lost 1 nil! Good game for a nil nil!”

Peacock-Farrell was shipped away from Turf Moor over the summer after failing to impress enough during Nick Pope’s absence last season to truly compete with the England international, but if he can keep up performances as he did against Portsmouth, then his parent club may have no choice but to offer him a new deal, with his contract expiring next year.

In other news: ‘Delete the tweet’, ‘Shambolic’ – Many SWFC fans furious over ‘horrendous’ club update