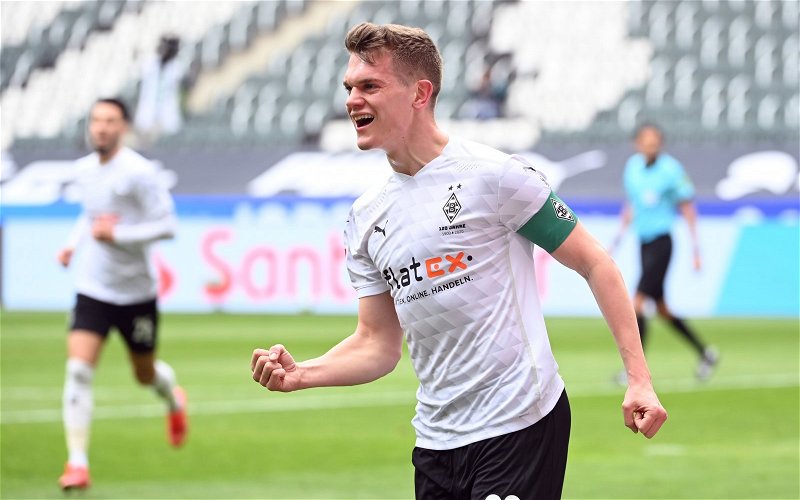 Geo has been speaking on the Hammers Chat YouTube channel about West Ham United’s interest in wantaway defender Matthias Ginter.

West Ham have been credited with an interest in Ginter, who is set to become a free agent next summer as he has reportedly told Borussia Monchengladbach that he intends to run down his contract and leave at the end of the season.

While that could be of interest to West Ham, it appears that their need for a new defender – specifically a centre-back – requires attention in January rather than in the summer, as their two first-choice centre-backs are currently out injured and David Moyes may well consider that reinforcements are needed now.

Ginter has spoken about wanting to go on a new path when it comes to looking for a different club in the summer and that could put the Hammers near pole position to bring him to the club.

Geo believes that there are signs showing that Ginter could move to West Ham.

“Now, Ginter has been quoted, he has said that he wants a new challenge, so the dots are starting to line up – is staying in the Bundesliga a new challenge?

“I mean, you could guess moving clubs is, but I often find when a player says ‘a new challenge’ it’s more like, ‘I want to go to a different league, I want to try something else’. So that’s promising for a start, we are genuinely interested in him.”

The centre-back is a German international and has experience in both the Europa League and Champions League, so would add some level of leadership and if partnered with Kurt Zouma, they could have a dominant centre-back pairing.

However, it does not appear that signing Ginter would be a straightforward deal just because he wishes to seek a new challenge, and it has been reported elsewhere that Inter hold an interest in the defender, according to the print edition of Gazzetta dello Sport (via SempreInter), which could tempt him given the stature of the club and how they may also be able to challenge for a league title sooner than the Hammers.

Also, whether this will be doable in the coming weeks must also be taken into consideration.