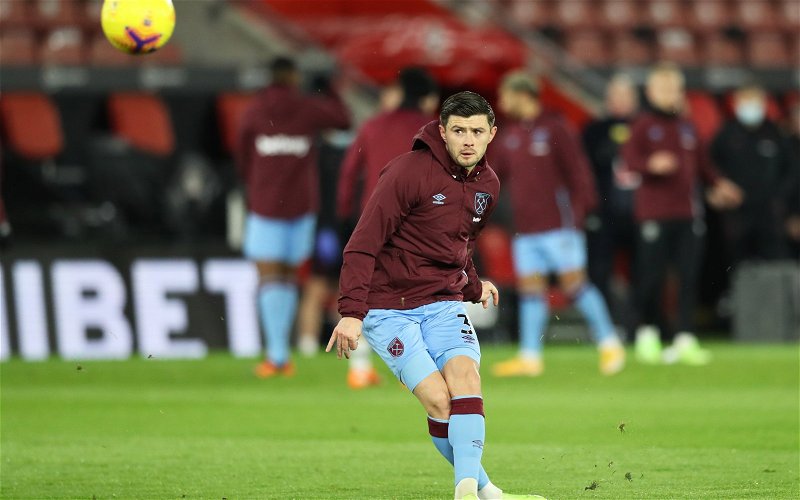 ExWHUemployee has been speaking about the extent of Aaron Cresswell’s injury on The West Ham Way podcast.

Despite a blistering start to the season for the Hammers under David Moyes, a serious push for the top four appeared to be on the cards, though they have started to struggle in recent weeks having failed to beat teams such as Southampton and Burnley.

It may not be a coincidence that this poor run of results has come at the same time that Kurt Zouma, Angelo Ogbonna and Cresswell are all having to spend time on the sidelines due to injuries – with the latter apparently set for a prolonged period in the treatment room.

Speaking prior to West Ham’s win over Watford, Ex believes that Cresswell’s injury is worse than what West Ham initially thought.

“Cresswell has chipped a bone in his back, when he collided with the goalpost at Manchester City. There’s been no deadline given by either the player or the club as to when he’ll return.

“It has turned out to be worse than originally feared.”

For David Moyes’ West Ham team, who score so many goals from both crosses and set pieces, Cresswell is an invaluable member of their squad, as he has attempted most dead-ball passes by any outfield player, so he’s someone that Moyes clearly trusts when it comes to delivering a good enough ball into dangerous areas.

The stats back also this up, having delivered 13 dead-ball deliveries to his teammates that led to someone having a shot (as per FBRef).

It is not just what he offers from set pieces where he’s been impressive this season, but also in defence, having won 50% of the tackles that he’s attempted to make (FBRef), which is the joint second-best at the club, so Cresswell’s absence was arguably always going to hurt the Hammers at both ends of the pitch.

In other news: ‘There’s nothing we can do’ – Presenter drops worrying claim on West Ham star