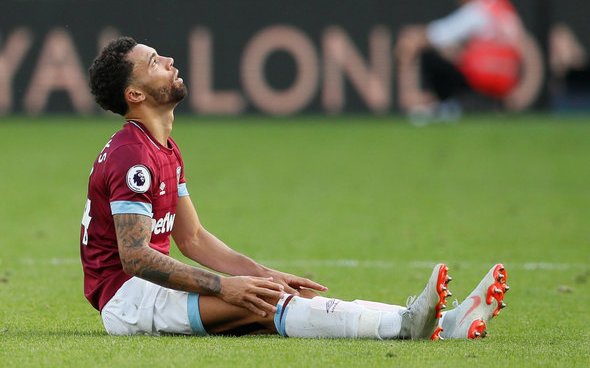 ExWHUemployee has been speaking on The West Ham Way podcast about what the future looks like for Hammers defender Ryan Fredericks.

West Ham United boss David Moyes is almost spoilt for choice at right-back and must handle the situation very carefully, as he has Vladimir Coufal, Ben Johnson and Harrison Ashby all vying for a spot in the starting lineup every week.

However, there is also Fredericks, who has seen his game time become severely limited over the last few seasons, as the signing of Coufal blocked his route into the first team and he now has two younger full-backs in front of him, which makes him fourth-choice for the Hammers, so Moyes may feel having four right-backs is excessive and look to move one of them on.

With this in mind, Ex believes that this will be the last season Fredericks spends at the London Stadium.

“I mean, personally, what I think Ashby’s emergence has done is basically seal the deal that Fredericks won’t be there next year.

“Because Fredericks’ contract expires in the summer, and from what I’ve been told, I think he’s on about £70,000-£75,000. He’s got to be fourth-choice right-back now – he’s got to be behind Johnson, Coufal and Ashby, I would say. So I think it does spell the end of his career at West Ham.”

Fredericks has never been able to nail down a regular spot in the first team in consecutive seasons, with his best run of games coming during the 2019/20 campaign when he started 25 league games, just before Coufal was brought in.

Out of the Hammers’ current options in his position, Fredericks has been at the club the longest, so Moyes may want to let him move on and find a new challenge, while being able to cut loose of his monster wages of at least £70,000 according to Ex, it could help them manoeuvre in the transfer market next summer.