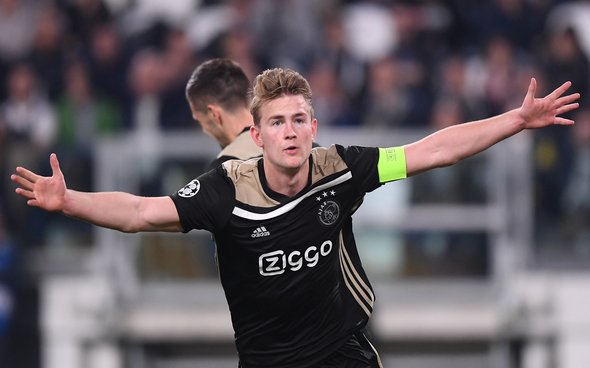 A large number of Tottenham Hotspur fans have flooded to Twitter to share their excitement at a recent transfer claim to emerge regarding Matthijs de Ligt.

According to reports, the north London club are showing interest in the Dutch centre-back, who is said to be seeking a departure from Juventus. 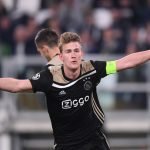 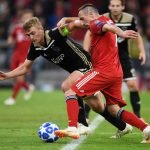 In recent days, the 22-year-old’s agent, Mino Raiola, has confirmed the Dutchman is looking for a new challenge having signed for the Old Lady back in 2019.

And amid claims linking De Ligt to Tottenham’s London rivals Chelsea, these fans have shared their thoughts on the reports emerging ahead of next month’s window.

“If this happens, oh my days”

@HOZIFAM7
“it’s good news so idc what tier it is”
@domsullivan18
“What a signing this would be”
@PurseyRyan
“Would love this. Watched the Juventus all or nothing. This lad is a phenomenal athlete and footballer. Paratici loves him and so do Juve so don’t see it happening”
@jamleeroberts
“Would love it”
@ScamwellTarly
“YES YES YES”
@ConteEnjoyer
“please levy”
@ryanntyrrell

The Dutch international joined Juventus for a fee in the region of £76.95m and has gone on to make 95 appearances for the Serie A side.

However, Massimiliano Allegri’s men sit slumped in fifth place of the Serie A table with a huge 12-point gap to league leaders, Inter.

Tottenham’s defence has looked unconvincing at times this season, with some heavy defeats to their record already, but it seems these fans feel the experienced youngster could provide the quality to shore up Antonio Conte’s backline.

In other news: ‘Within the club, I’d heard’ – Gold issues ‘behind the scenes’ claim on UEFA decision at Spurs