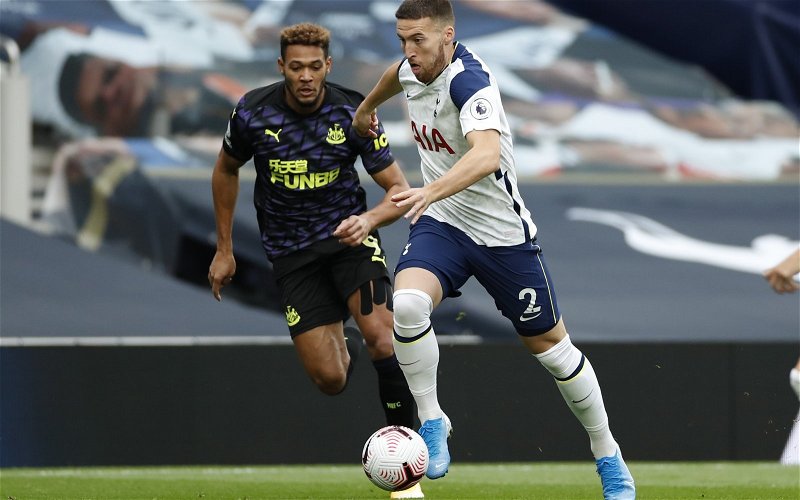 A lot of Tottenham Hotspur fans have flocked to Twitter to share their frustrations with the display of Matt Doherty in their latest Premier League game.

Antonio Conte’s men were only able to add a point to their tally on Tuesday afternoon from their trip to the south coast, which saw them slip to sixth spot in the table – albeit with games in hand on those above them.

Should Spurs sell Doherty in January?

Despite playing against 10 men for over 50 minutes, Spurs were unable to find a winner in the second half, with two goals chalked off for the visitors.

Doherty was introduced at half time, with Sergio Reguilon walking a tightrope with a yellow card to his name. However, it was apparent these fans were not impressed with the Irishman’s display.

“Doherty is diabolical, stealing a career”

The 29-year-old has not featured regularly for Spurs this season, but since the arrival of Conte, Doherty has made five appearances across all competitions.

Rumours emerged over the summer suggesting the defender could have been in line for a potential move away, and ahead of the January window, it seems these fans would be open to seeing him depart.