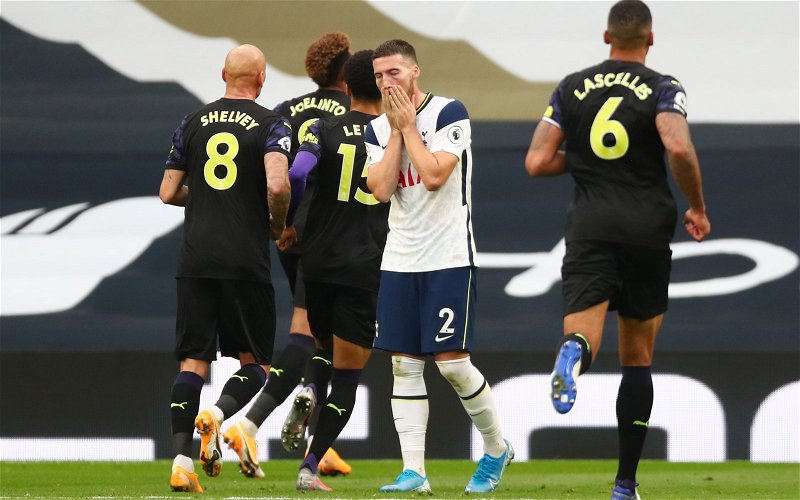 Football journalist Fabrizio Romano has been speaking on the latest episode of the Here We Go podcast to discuss the future of Matt Doherty.

The Tottenham Hotspur defender has had a difficult time in north London since arriving in the summer of 2020 and Romano believes he will be made available to depart next month.

Would you sell Doherty in January?

Doherty joined from Wolverhampton Wanderers off the back of a couple of impressive campaigns under Nuno Espirito Santo, however, the Irishman has just 39 appearances to his name in a Spurs shirt.

Reports emerged in the summer suggesting former boss Espirito Santo was not desperate to keep the 29-year-old at Spurs and would have offloaded him had the right offer arrived.

With the January window now just days away, Romano has added an update on Doherty’s future in north London, with Spurs reportedly looking to sign another right-back next month.

He said: “Doherty has serious chances to leave the club in January. So Tottenham are also thinking of the outgoings. Doherty is going to leave, and [Steven] Bergwijn, we have to monitor the situation with Ajax – but it’s not decided yet.”

The 29-year-old’s game time has been extremely limited this season, with just four appearances to his name in the Premier League to date (via Transfermarkt).

Doherty is yet to start a game in the current campaign, with both Japhet Tanganga and Emerson Royal both seemingly ahead of the Irishman in the pecking order at Spurs.

Under Conte, Doherty has featured more frequently in the league, however, he is clearly not in the plans at Spurs as a regular starter, so if they are able to offload and reinvest in January, then we think this could be a good move.

And it is a position in which we do feel Spurs could improve, as between Emerson and Tanganga, the pair only have one assist in the Premier League, and with Conte playing with attacking wing-backs, we are not convinced either are great options.