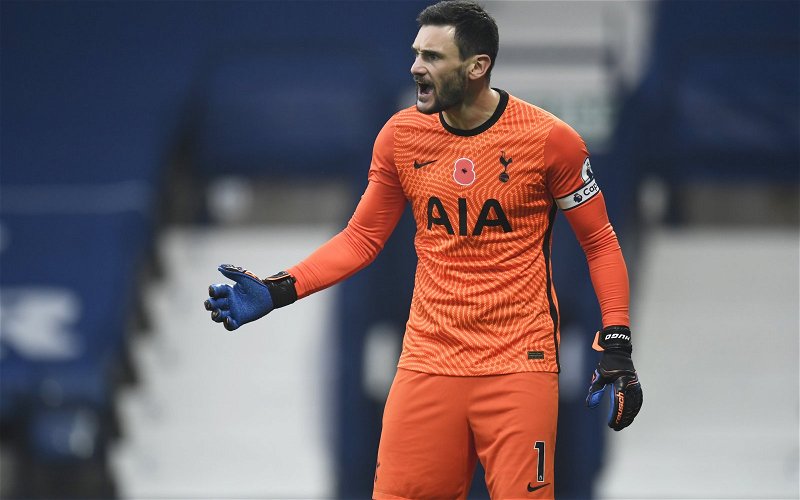 A whole host of Tottenham Hotspur fans are furious on Twitter as a new Hugo Lloris claim has surfaced.

The Tottenham and France national team captain has been with the Premier League club since 2012 when he joined for what now looks a bargain price of £11.34 million, but with his contract set to expire next summer, his future is less than clear.

Antonio Conte has previously claimed that keeping Lloris at the club would not be a problem, however, Foot Mercato has now reported that Nice are looking to bring Lloris back to the club where his career began and that Lloris is ‘interested’ in returning to France.

A lot of Spurs fans have been left gutted on Twitter with this transfer claim.

“This is actually gonna be heart breaking the day he leaves”

“This will be a massive loss”

“on the verge of tears rn”

It’s no surprise that these Tottenham fans are devastated to see that Lloris is thinking about leaving in the summer given he’s been their No 1 ever since he walked through the door at White Hart Lane, and finding someone of his calibre and stature may cost a lot more than what they shelled out for him almost 10 years ago.

In other news: ‘Massive for us’, ‘Monumental’ – Many Spurs fans thrilled as ‘wonderful news’ emerges