Tottenham Hotspur: Fans buzz as Ivan Perisic is linked with a move 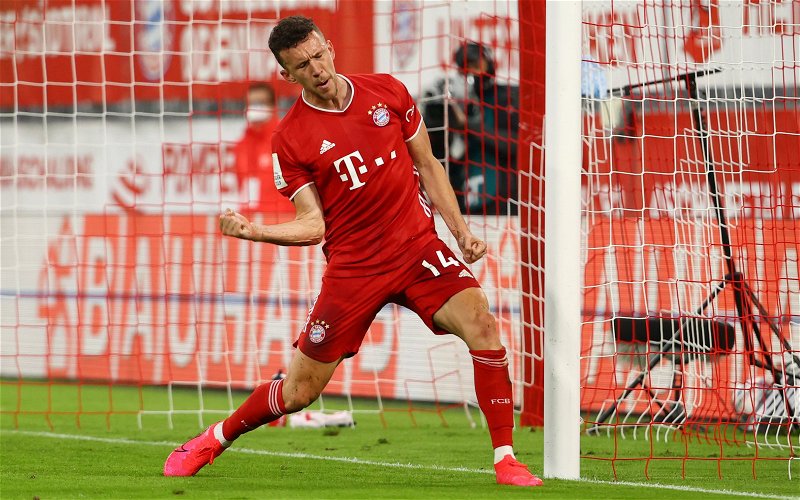 A whole host of Tottenham Hotspur fans have shown their delight on Twitter after seeing their club linked with a move for Ivan Perisic.

This January sees a first opportunity for Antonio Conte to add to his Spurs side, having only joined the club in early November following the sacking of Nuno Espirito Santo.

An area that would make a lot of sense for him and Fabio Paratici to target is Serie A, given how long both men have spent working in the top-flight division from their homeland – but players they target don’t have to cost a fortune, with German outlet Sport1 claiming that Inter winger Ivan Perisic is thinking about moving to Tottenham as a free agent next summer, and some fans on Twitter are excited with this link.

A lot of Tottenham fans on Twitter would love to see this transfer happen.

“That would be progress for us”

“Am I dreaming?! I would love him at THFC, would be amazing competition for Reggy! I was never really impressed with Sess and I think he needs another loan move tbh where he can stay injury free. Preferably to a championship side or lower PL team.”

“I’d love him. Watched him play last week and was one of the best on the pitch. He’s a machine”

“Still putting in performances across all levels. Still scares defenders. Still works for his team. Still has a freakish turn of pace for his age. Experienced. Proven winner. Imagine saying no.”

Perisic would arrive with a whole host of experience working under Conte, but also would bring a winner’s mentality having picked up eight pieces of silverware during an illustrious career at clubs such as Inter, Borussia Dortmund and Bayern Munich.

In other news: ‘Worse problem than Ndombele’, ‘Get out of our club’ – Many Spurs fans fume as update emerges