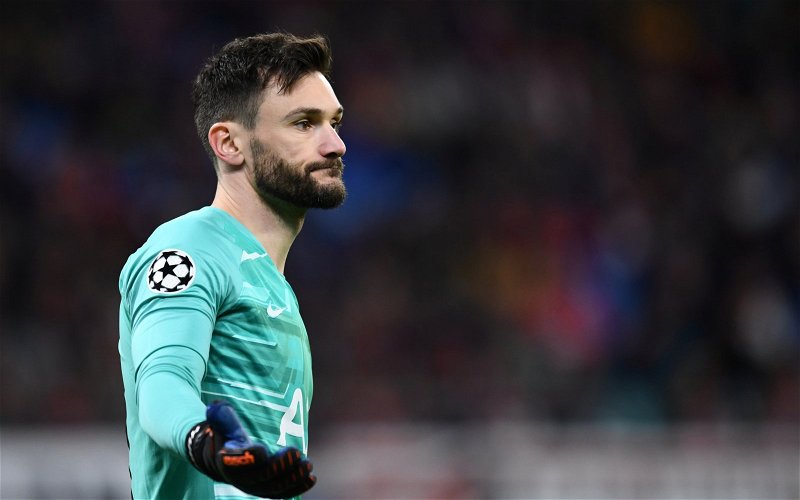 Tottenham Hotspur correspondent Alasdair Gold has been speaking on his latest YouTube video to discuss the future of Hugo Lloris with the north London club.

The Spurs shot-stopper is currently working into the final months of his contract after nine years and 388 appearances with the north Londoners to date.

Over the summer, the Lilywhites signed Pierluigi Gollini on an initial loan deal, with many feeling he could be the long-term replacement for the Frenchman.

However, Lloris has not shown any signs of budging from the Spurs XI, with Gollini’s only appearances coming in the Europa Conference League and the League Cup.

Discussing Antonio Conte’s initial assessment of the situation in between the sticks for Spurs, Gold had the following to say on what could be next for the Tottenham captain.

“So Conte has come in, and from what I’m led to believe, [has been] immediately impressed with Lloris. [He] sees a kindred spirit, sees someone who is a winner.

“I understand it, he’s come in [Conte] and he rates Lloris very highly. And although he told us on Friday that he hasn’t spoken yet to Lloris about his contract, I’m led to believe that behind the scenes, he’s making it very clear that he wants Lloris to stay.”

Lloris has shown already this season that despite turning 35 years old in a matter of weeks, he is still operating well at the highest level, with six clean sheets already this league campaign.

Only three other goalkeepers have been able to keep more clean sheets than Lloris this season, and those three ‘keepers play for the sides occupying the top three spots in the table.

And under Conte, the Frenchman has shown signs of captaining a Spurs turnaround. After a tricky start to the campaign, Lloris has only conceded one goal in the four league games under Conte.

Given Lloris’ impressive form, we think they would be crazy to allow their captain to depart, especially given the other areas which Spurs could look to invest in such as up top, with just one striker in their squad.