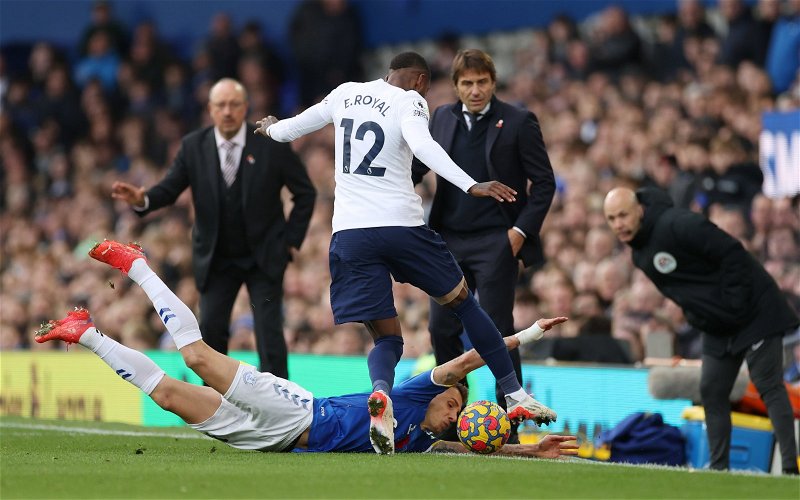 Spurs managed to maintain their 100% record in the Premier League under Antonio Conte on Thursday evening which now sees them just one point off the top four with a game in hand.

Tottenham Hotspur had longer to prepare for their match than most other clubs as their game last weekend against Burnley was called off because of snow on the pitch and it appears to have helped them as they easily swept aside Brentford at home.

It was a largely comfortable evening for Spurs who kept Brentford at bay and had opportunities to extend their lead throughout, but someone who seemingly didn’t impress everyone was Emerson Royal, who tweeted about how cold it was during the game.

“Try running back instead of play acting. Could’ve conceded Not what I want to see. Apart from that okay.”

“Not fit to lace Kyle Walkers boots. Stop giving the ball away in our half. Top four will pull your pants down.”

“Get your crossing sorted out. And defensive positioning need work son!”

“Not u U wasnt okey Ur mood was outside”

“Tonight you were the merchant of lose possession.”

“Really fought you were Brazilian but your just a fraud”

“Play acting is not good. Get up and get on with the game”

“You were awful mate”

Royal was a deadline day signing from Barcelona and allowed Spurs to release Serge Aurier as a free agent and he appears to have impressed both Nuno Espirito Santo and Conte as he’s started all but one game in the league since he arrived.

In other news: ‘Disaster waiting to happen’, ‘Painful to watch’ – Many THFC fans rip into 25 y/o ‘liability’