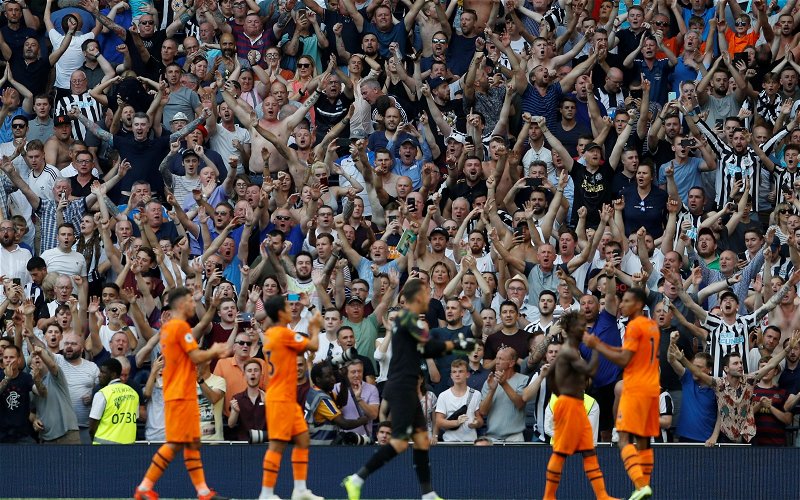 Lots of excited Newcastle United fans have flooded to Twitter after the club released footage from their Premier League draw on Monday night.

The Toon earned themselves a hard-fought point against one of the sides battling it out for a spot in Europe and it was apparent they were delighted with the effort of their players.

Do you think NUFC will stay up?

Newcastle released footage of the players working out of possession at St. James’ Park to win the ball back from Manchester United, which received a big response from the fans in the stands.

It was the visitors who enjoyed the majority of possession on Monday night with 69% of the ball, but it was clear these fans loved the determination shown by Eddie Howe’s men.

“I just got goosebumps watching this. And they say we expect to much”

@lewiss_carr
“Love love love this clip”
@JustinF99961129
“This is phenomenal”
@Leathard18
“Roared on moments like these like a goal. This is what we love to see”
@LaneHusband1
“Spine tingling. We have never demanded a team that wins, only a team that tries and cares. Louder cheers than most home crowds can muster when a goal is scored. My team”
@DanFriar
“thats what ya love to see”
@jamiefisher222
“Love it, was buzzing to them doing this.”
@wsjack3

The Magpies remain rooted in the relegation places having dropped points in the game, in which Allan Saint-Maximin provided them with a first-half lead.

Although Howe’s men were unable to seal all three points on Monday, it is evident these fans are encouraged by the efforts on display as they look to battle their way out of the bottom three.