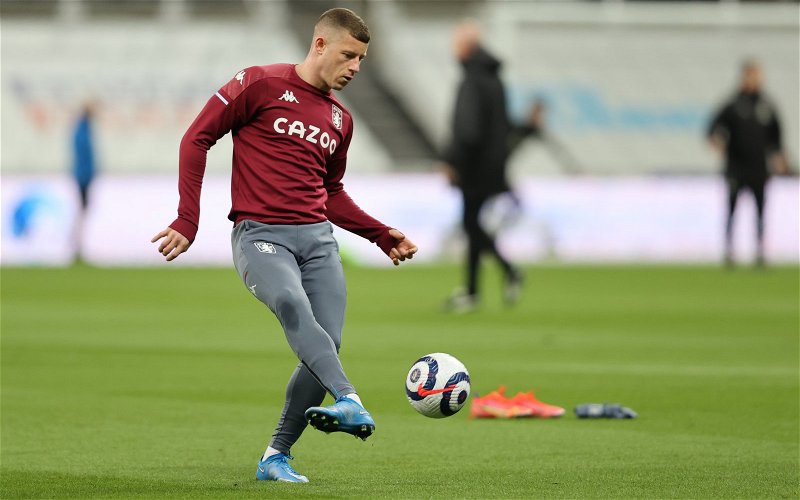 Luke Edwards has been speaking on Newcastle Fans TV about how the Magpies should be looking to sign Ross Barkley.

Newcastle had struggled under both Steve Bruce and interim manager Graeme Jones earlier this season, while under current boss Eddie Howe, nothing appears to have changed in terms of results as they have picked up just two points from a possible nine.

The Magpies find themselves six points from safety and still five games to go until the January transfer window opens, but the club’s new owners will certainly have one eye on that crucial period in the season to bring in new recruits and made Howe’s uphill task a little bit easier.

90min has touted Barkley with a possible move to Tyneside despite flattering to deceive during his season-long loan spell at Aston Villa last season and only being handed 126 minutes in the league this term at Chelsea, however, a move lower down the league could see him reignite his career and force his way back into the England squad.

Edwards believes that Barkley is exactly what the Magpies need in January.

He said: “I’ll take Ross Barkley. I know he’s had his issues, I know he fizzled out at Aston Villa, but if you get six months out of Ross Barkley, – the player who went to Chelsea and was playing for England not so long ago…

“That’s the player – box-to-box, drive from midfield, [he can] carry the ball with feet, good passing range, energy. That’s everything that they need in midfield.”

With the qualities that Edwards listed about Barkley, it does seem like he could be a really good fit in Eddie Howe’s system at Newcastle and would offer another option in midfield alongside Jonjo Shelvey and Joe Willock, who have started all three games under the former Bournemouth manager.

Barkley did start well at Villa last season with two goals and an assist in six league games before he picked up an injury, after which his form fell off a cliff, managing just a single goal in his final 18 appearances.

If Newcastle could convince Barkley to help keep them in the Premier League and get him firing on all cylinders for the second half of the season, on a personal level, he could get back into Gareth Southgate’s thoughts, and also show people he still has a lot to give and that he can do it in a struggling team.

In other news: ‘No harm in rolling the dice’ – Vieira urged to start £6.3m CPFC ace who may offer ‘a bit extra’