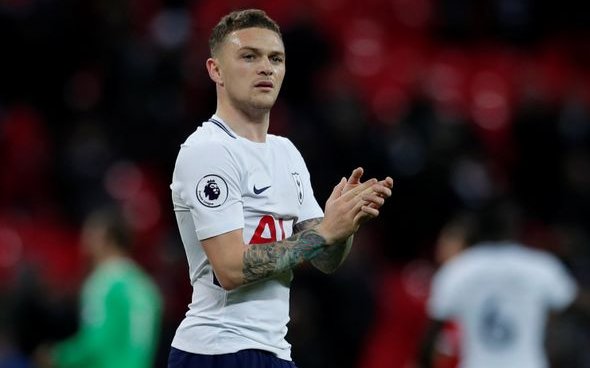 Many Newcastle United fans have reacted with excitement after hearing that Kieran Trippier is close to signing for their club from Atletico Madrid in the transfer market.

Indeed, as first reported by TalkSport, the England international is supposedly set to sign for the Magpies in a deal expected to be worth £25m.

The article explains that personal terms – that will make Trippier the club’s highest-paid player – are close to being agreed upon, and only a final transfer fee needs to be settled.

The information was later shared online by fan page NUFC360 and it certainly drew some rather happy responses from the Magpies’ faithful.

Here’s what these Newcastle fans said

“Huge upgrade if true, hopefully just the start!”
@GeordieJohn88
“Unreal signing if it goes through.”
@Ethan_NE1
“Please be true.”
@JayToonArmy1

“If anything we’re making the right moves early which is all we could ask for. Praying for a miracle here on.”

@nathanrbell2002
“Walks straight into our team. improves freekick taking and imo should be our captain.”
@NUFCjames616
“Be a brilliant signing, overpriced but who cares!”
@StephenWhyte

Judging from these comments, the Newcastle support would welcome the arrival of Trippier with open arms and high expectations.

Looking back at his career, it’s easy to see why. During his time in Spain, he has won La Liga, while he has also represented England 35 times, playing at multiple international tournaments.

Perhaps that experience would be vital in helping the Magpies avoid relegation this season.

In other news: Newcastle fans fuming as Director of Football update emerges