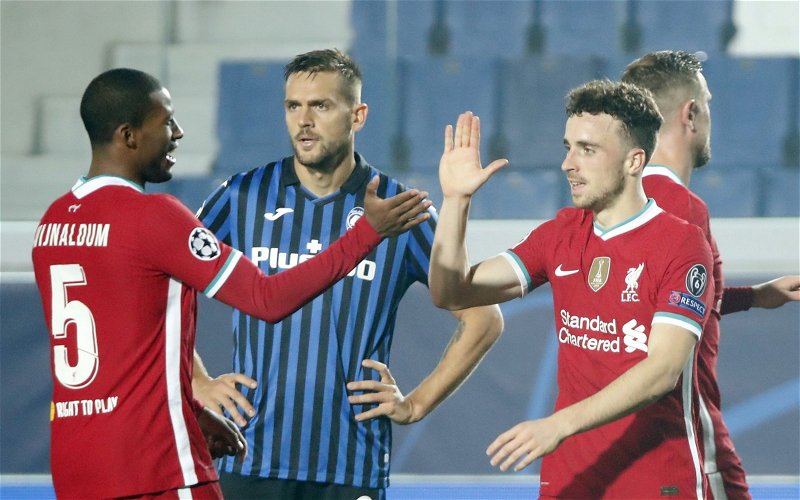 Liverpool managed to keep pace with the league leaders in the midweek round of Premier League fixtures, as well as extending their lead over third place.

Although it was a routine victory for Jurgen Klopp’s side, the win wasn’t without controversy. With Mike Dean the centre of attention more than once.

Shortly after ex-Liverpool midfielder Jonjo Shelvey  gave Newcastle an early lead with a screamer at the Kop end, Diogo Jota responded. He turned home Sadio Mane’s cross on the second time of asking, but should the goal have stood?

Isaac Hayden was down holding his head, but Dean played on and Liverpool scored. Talking to the ESPN FC podcast, former Newcastle ‘keeper Shaka Hislop had this to say: “The referee should have stopped this, this is a head injury, and let me be clear, this is not on Liverpool. This is not on Diogo Jota or Sadio Mane or anybody else.”

“This is only the referee, that is quite clearly a head injury that as the laws state, the game should have been stopped and Liverpool allowed to play on and allowed to score.”

“You hear Eddie Howe complain about that one goal and how much it changed the game. Whether you believe that or not kind of depends on whether you’re a Newcastle fan or not. I don’t think even the neutrals are really falling for that.”

TIF thoughts on the incident…

Hislop is spot on in what he’s saying, the law states if the player goes down with a head injury then play should be stopped. Although, it was his own team-mate that clashed with him whilst defending the cross, so you could argue that it was their own wrongdoing.

We think Liverpool fans will be happy that VAR didn’t overrule the goal and go back to when Hayden went down, especially as he appears to have no real contact to his head.

So while Eddie Howe and Newcastle may feel hard done by, because even if it was simulation play should have been stopped with no risks to player welfare, Liverpool were comfortably better on the night and deserved the win.